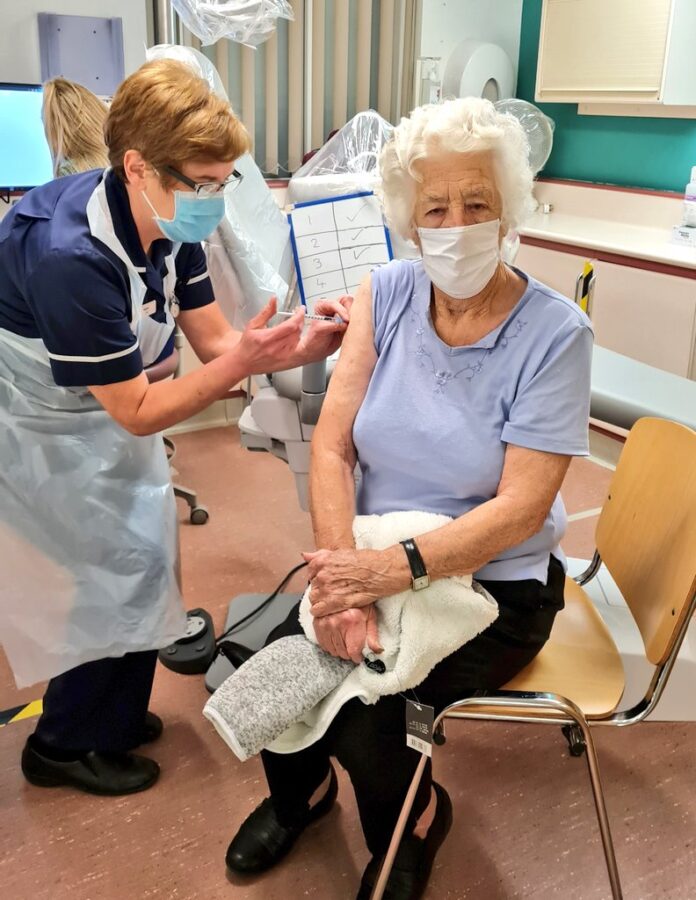 More than 1,000 people have come forward to support efforts in Manchester to vaccinate hundreds of thousands of patients.

This week a further five will open across the city as local public health teams lead the way to protect our communities.

The sites that will soon open are:

They join the two centres which are already up and running – the Woodhouse Park Active Lifestyle Centre in Wythenshawe which went live on December 16, and the Newton Heath Health Centre on January 9.

To support efforts a large cohort of volunteers will assist the roll out of the vaccine. So far 1,015 people have come forward to help marshal the vaccination sites, and ensure that the project runs as smoothly as possible.

Hundreds of thousands of people in Manchester are set to be immunised over the coming months. In addition to community vaccination efforts work is also underway in the city’s hospitals, as well as pharmacies, GP surgeries and the regional mass vaccination centre at the Etihad Stadium.

It is important to note that local GPs will be contacting patients about getting a vaccination in the order set out at a national level – with the most vulnerable first. You do not need to contact them.

You may also receive a letter from the NHS offering you the option of attending the Great Manchester Mass Vaccination Centre at the Etihad Tennis Centre in Manchester, or a local pharmacy.

David Regan, Manchester’s Director of Public Health, said: “We in the early stages of one of the biggest and most ambitious public health initiatives ever seen in Manchester. Every single person involved in the vaccination process, from the clinicians giving it, to the drivers delivering doses to Manchester, to the volunteers who will keep vaccination sites safe has a hugely significant role to play.

“The next few months will be critical if we are to turn the tide against this virus. I would ask anyone who is notified about getting a vaccine to keep their appointment. Until then the most important things we can all keep doing is maintaining social distancing, hand washing and sticking to national health guidelines.”

Dr. Manisha Kumar, Medical Director of Manchester Health and Care Commissioning, said:“My colleagues are working tirelessly to roll out one of the largest and most important public health programmes in history. To successfully vaccinate as many people as possible will require a huge effort on all our parts, but I am confident we will be able to achieve this.”

Following the expansion of the community vaccination scheme, patients across the city have been receiving their first jab. One such person is 92-year-old Dena Murphy.

Green-fingered Dena Murphy is certainly no wallflower – and is well known for her active role in the community which saw her growing enough fruit and veg to feed a lunch club; and for helping young former offenders back on the right path.

And, now, the 92-year-old former nurse, wants to give confidence to others after she was one of the first people to receive the Covid-19 vaccine on the opening day (Saturday Jan 10) of the Newton Heath vaccination site.

She said: “In my day we didn’t have vaccines and it was all too easy to die from illnesses that today we don’t even think about like measles and mumps – because we can have a vaccination. This jab is no different. I feel absolutely fine, with no side effects and I’d urge everyone to get it.

“And for those people who don’t want to wear masks or follow the rules I’d say I hope that none of your family become ill.”