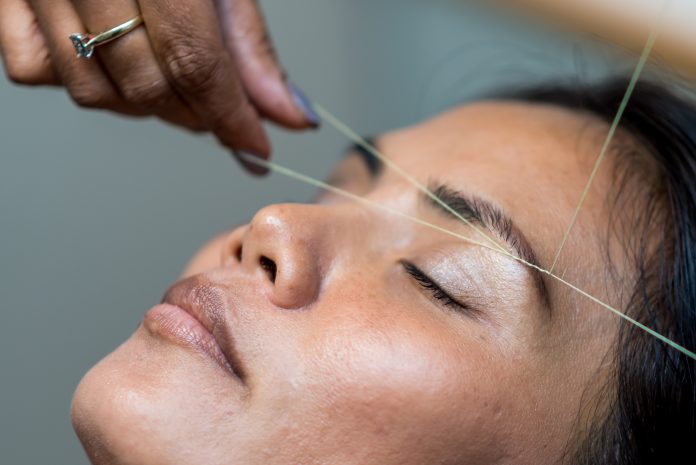 Eyebrows have become an obsession amongst many – but how important are they, and are they making a stamp on our personality?

Dr Samantha Wilkinson, Lecturer in Human Geography at Manchester Metropolitan University, is working to find out the importance of eyebrows and how their sculpting and grooming are used in order to shape our identity and define where we come from.

Samantha’s aim is to move away from a denigration of the scousebrow – a style of eyebrow where the thickness and darkness is exaggerated, usually associated with women in Liverpool, commonly seen in the media, to celebrate eyebrows and their cultural importance.

With her sister, Dr Catherine Wilkinson, Lecturer in Children, Young People and Families at Edge Hill University, she has begun interviewing both men and woman to see how significant the eyebrow is to them.

Their research will form part of a project called ‘Brews and Brows’ led by Niamh Thornton at University of Liverpool and Liz Green and Sarah Shrimpton from Liverpool John Moores University.

The research team have hosted a ‘Brews and Brows’ event  where Samantha and Catherine held a focus group and informal interviews with a diverse range of people from different areas, ages, races and sexualities. The event was held over four days at the Foundation for Art and Creative Technology in Liverpool.

As well as participating in live research, guests enjoyed free treatments, an experience in a Big Brother style ‘Brow Booth’ confessional pod and a space to chat and discuss brows over tea and cake.

Dr Samantha Wilkinson said: “Although the research is still ongoing it’s already clear to see how important eyebrows are for demonstrating personalities and place identity.

“When conducting our interviews, it’s been really interesting what people have to say about eyebrows –  people told us that they read others by looking at their eyebrows to judge what that person will be like, and that they are the first thing you notice when looking at someone.

“A lot of people talk about how important their eyebrows are to their place identity. For example, one woman from Liverpool went to Wales where people recognised where she was from based on her makeup and eyebrows rather than her accent.

“People from ethnic backgrounds told us how they used to get bullied for their eyebrow being too thick, whereas now people complement them. We saw mothers and daughters come through the doors who talked about a massive shift from over-plucking to under-plucking and the influence Instagram has.

“Eyebrows are also really important to people with autism. They are taught to look at eyebrows when learning how to read people and what emotions they are displaying, and that just shows how significant they are.”

The researchers also noticed metaphors for eyebrows were commonly used such as referring to them as “slugs” or “KitKat Chunky”  where their eyebrows resembled a thick rectangular chocolate bar. Those who engaged in more low maintenance brow grooming practices described themselves as “a gardener keeping the weeds at bay”.

The pair will continue to collect and analyse data in different environments and cities until July, interviewing both brow artists and clients, where they will be able to analyse the data to see how people really view and treat their eyebrows and those of others.