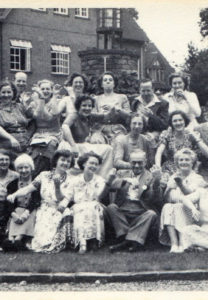 The Royal Northern College of Music has received a grant of over £60,000 from The National Lottery Heritage Fund to support a project celebrating the 100th anniversary of one of its founding institutions.

Established in 1920 by Hilda Collens and later steered by Ida Carroll, the Northern School of Music (NSM) trained generations of young musicians and music teachers before merging with the Royal Manchester College of Music in 1973 to form today’s RNCM

Made possible by money raised by National Lottery players, A 20/20 Legacy: the centenary of the Northern School of Music will tell the story of the school through free public events and workshops and an online archive sharing the memories, experiences, images and records of those who studied and taught there.

Heather Roberts, RNCM Archivist, said: ‘The Northern School of Music is such an integral part of our history, and we want to celebrate that as much as possible throughout its centenary year.’

The project, which received £62,800 in total, will also feature a musical telling of some of the amazing stories uncovered, designed and delivered in collaboration with EnJoy Arts, singer-songwriter Claire Mooney and the Herizons Choir.

How snapping and running helped Tamzin to combat stress