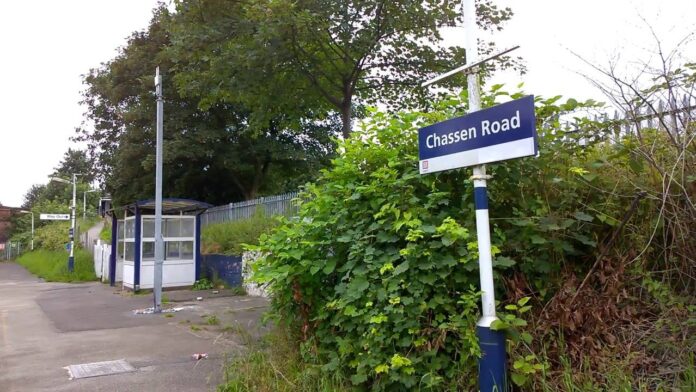 Detective Sergeant Kirsty Wroe, of GMP’s Trafford district, said: “Our thoughts remain with this man as he recovers in hospital. We wish him well.

“Extensive enquiries are being carried out but it is still unclear how he sustained his injuries.

“I would like to appeal to anyone with information, particularly who was on Chassen Road near the train station between 12.30am and 1.15am.”

Man who terrorised food outlets across East Manchester and Tameside is jailed for 14...