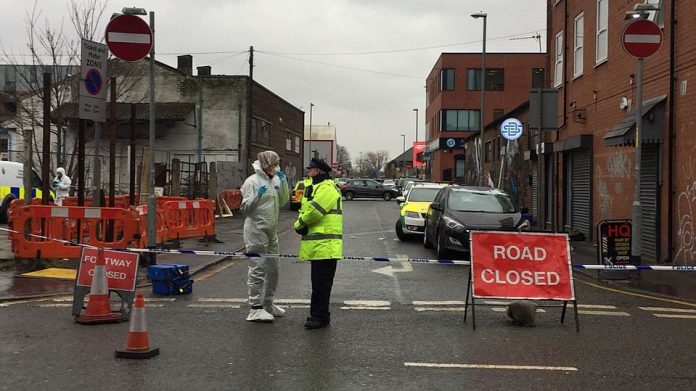 A woman who was found dead at a flat in Ancoats has been named by police as 24-year-old Danielle Richardson from Oldham.

A post mortem has confirmed that the cause of death was multiple stab wounds.

A 37-year-old man was arrested on suspicion of murder nearby. He remains under arrest and is currently receiving treatment in hospital.

It was reported that the man had jumped from a second storey flat window onto the roof of a stationary black Hyundai on Swan Street, before assaulting two people.He then fled on foot towards Thompson Street before smashing the window of a black BMW and assaulting the driver before he was arrested.

Senior Investigating Officer Andy Butterworth, of GMP’s Major Incident team, said: “This was a horrific attack on an innocent woman and we have a team of specialist officers supporting her family at what is understandably a very difficult time.

“Our investigation is currently ongoing and a scene remains in place on Swan Street so you will see officers in the area.

“I would continue to urge anyone with any information to please get in touch so that we can continue to build a picture of what happened yesterday morning.”