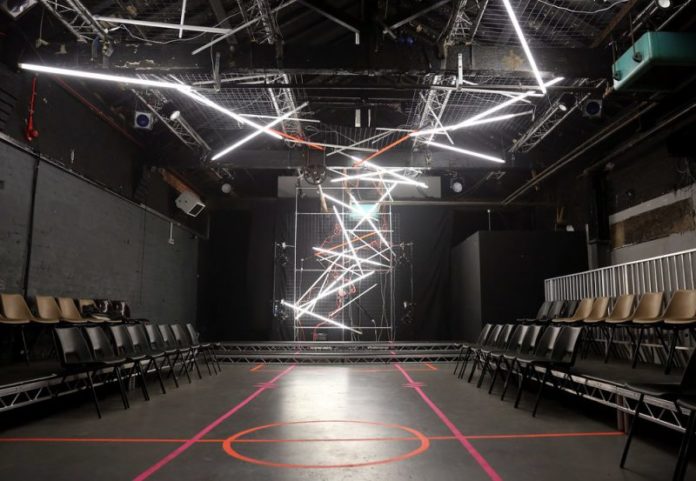 The critically-acclaimed theatre, which was founded by William Whelton and Joseph Houston in 2015, is to begin operating as a charitable organisation from October.

The charity – A Factory of Creativity – will take over the operating of the venue – which will continue to be called Hope Mill Theatre, with Whelton and Houston continuing in the roles of Executive Director and Artistic Director respectively. A board of trustees, made up of individuals who have supported the venue since it opened, will help support and guide the charity as it moves forward.

Since opening its doors Hope Mill Theatre has won acclaim for its in-house productions premiering in Manchester such as the musicals Parade, Hair, Yank!, Spring Awakening, Aspects of Love and Rags – many of which have transferred to London or on tour. In-house dramas Proof and The Exonerated were also well-received by audiences. The theatre’s latest production, Mame, starring Tracie Bennett and Harriet Thorpe opens this week in Manchester. Hope Mill Theatre was named The Stage’s Fringe Theatre of the Year in 2018 and has today been named a finalist in the ‘Outstanding Contribution’ category at the forthcoming Manchester Culture Awards 2019.

In a joint statement Whelton and Houston said: “Hope Mill Theatre was set up four years ago with a £10K start up loan and has been operating since then as an independent business, receiving no local or national funding. In a small amount of time we have grown rapidly and have struggled to keep up with the expectations and sheer demand of operating such a large endeavour. It has become increasingly hard to support the level of work that we produce in-house as well as supporting a thriving arts community locally.

“Hope Mill Theatre is now in a very crucial stage of its journey with many exciting opportunities, as well as an ever-evolving and developing local landscape. We, along with our small team, recognise the importance of having the venue expand, which will allow us to focus more on nurturing new work and supporting artists. It is our ambition to secure the venue’s home for many years to come and well as engaging more with our community and making our work accessible to varied audiences. We believe moving forward as a charity will allow us to achieve these ambitions.”

The theatre will continue to build on its acclaimed partnership with Katy Lipson of Aria Entertainment, with Hope Mill Theatre and Aria continuing to work together in the future, both at Hope Mill Theatre and around the UK, with their most ambitious show to date – Mame starring Tracie Bennett – opening this week.

Also announced today is the news that award-winning writer Russell T Davies and stage and screen actress Denise Welch are to join Olivier Award-winning actress Tracie Bennett as a patrons of the theatre.

Russell T Davies said: “I’m thrilled and honoured to become a patron of Hope Mill Theatre. It’s an amazing place, and I’ve followed Joe and Will’s journey right from the start. Their productions are wonderful, and I love their support for new writers and talent. I think the future’s full of Hope!”

Denise Welch said: “I’m delighted to become a patron of Hope Mill Theatre. My love of theatre was formed in a company that started like this one and I’m thrilled to be a small part of Joe and Will’s journey. Coming to Hope Mill is not just a night at the theatre – it’s an experience from the minute you arrive, and the productions are first class. Exciting and vibrant…..just like me!”

Tracie Bennett said: “Being from the north myself, it is awe-inspiring to see the true and heartfelt passion and vision of mavericks Joe and Will, and the work they have done in creating Hope Mill Theatre. I had been following their work and have admired from afar the creation of this exciting new venue. I have long thought that a project of this ilk was a long time coming to Manchester. The work they are doing for regional theatre and musical theatre is extremely exciting not only for the city of Manchester but also the industry itself.”

Hope Mill Theatre is now looking ahead to 2020 – its most ambitious year to date – with a number of exciting in-house productions, to be announced.

In the first few months as a charity, there are planned funding applications to fund the purchase and upgrade of lighting and sound equipment. A ‘fund a chair’ scheme will be launched to help replace the venue’s current seating – to help make watching theatre at Hope Mill a more comfortable and accessible experience. There are plans to also apply for funding to install hearing loops in the venue, as well as an upgrade of the ticket system used to improve the booking experience. There are also plans to launch ‘Friends of Hope Mill Theatre scheme.

Whelton and Houston concluded: “It’s now time to allow Hope Mill Theatre to grow and flourish as it enters the next phase of its very exciting future, regionally and nationally.”