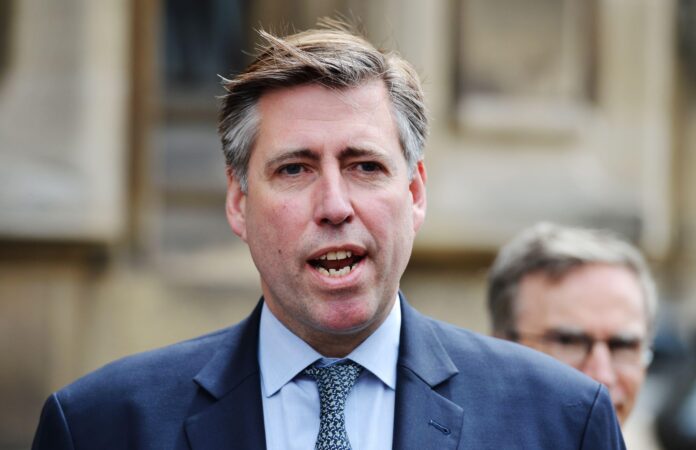 Altrincham MP and Chair of the Conservative’s influential committee of backbenchers 1922 committee Graham Brady is facing allegations over the £10,000 a year he receives for 12 hours’ work for Snowshill Allied Holdings, a company run by his constituent Michael Goldstone.

This morning’s Guardian reports that Brady is being told by Labour that he should refer himself to the parliamentary commissioner for guidance on how to declare the nature of the business he was advising on.

Goldstone told the Guardian that he paid Brady for informal advice because of their friendship, calling him “a very honourable man”, but said he agreed the rules should make it clearer what business an MP was involved with so there could be no confusion.

He said: “He has never brought me in a penny of business and has never intervened on my behalf in politics and he never would.” He said he thought the payments were “fair” for the discussions he had with Brady.

“Declaring an interest related to an entirely opaque company is barely different to not declaring an interest at all,The public still have no idea whether there might be conflicts of interest, and there is still no transparency about what this company does and how it relates to Mr Brady and his duties to his constituents.There are clearly questions to answer about whether this satisfies the rules that apply to all MPs.”

Ideas worth fighting for