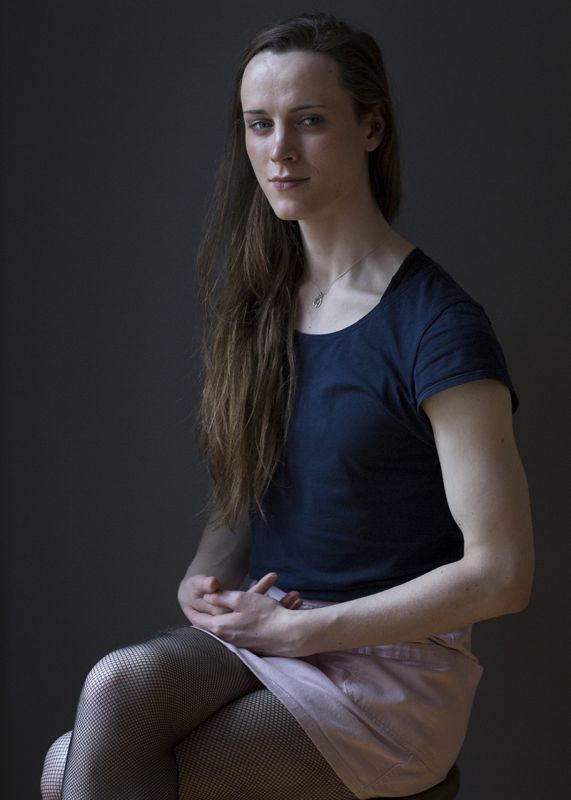 A University of Salford graduate has been selected as one of this year’s winners for Portrait of Britain with her entry ‘Grace’ – a trans woman and medical student.

Just two years ago, Allie Crewe from Manchester made the decision to quit her full-time teaching job to peruse her dream career in photography. She has just won Portrait of Britain 2019 with her winning piece ‘Grace’. From thousands of entries, the image will be one of 100 portraits selected to be displayed on billboards and bus stops across the UK.
Allie said: “It’s really humbling to win this prestigious competition so early in my career. For this portrait of a trans woman subject to have been shortlisted in a competition that is committed to celebrating diversity and the changing face of Britain is truly wonderful.”
In recent years Allie has had work exhibited at the Getty Gallery, Lloyds of London, and has been previously shortlisted for Portrait of Britain 2017.
In the summer of 2018 Allie announced her first solo exhibition of photographic portraits, sponsored by Sparkle (the national transgender charity). The nine-week exhibition at Manchester Central Library, entitled ‘You Brought Your Own Light’, was a celebration of Allie’s ground breaking and evocative work with transgender subjects.
She said: “I first met Grace when I was working on my ‘You Brought Your Own Light’ portrait series and I knew immediately that I had to photograph her again for my Portrait of Britain entry. Grace looks so beautiful and empowered; she has a disarming gaze that reveals understanding and compassion and tells of adversities overcome.”
Allie’s work and sensitivity are informed by a turbulent childhood which stifled her creativity and power of expression. Overcoming this has given her a unique insight that enables her to convey powerfully honest photographic narratives of subjects who have transformed; rediscovering themselves after battling adversity.
She said: “It’s been quite therapeutic for me. I have found immense kindness and compassion from all the trans and non-binary people that I’ve shot with.”
Her insistence that her work should remain authentic, creative and kind in order to capture the truth about her subjects was the inspiration for the title of her exhibition. “For me they aren’t trans stories they’re human stories,” she said.
While she was a student at the University of Salford, Allie belonged to the Women’s society and actively joined forces with the Gay and Lesbian society, she said: “We were all fighting the same patriarchal enemy and I thought women fought for my rights so I’m going to fight for all human rights.”
“If I can use the camera every day to create images that will chip away at inequalities and social injustices, even if it’s a tiny bit, then that’s what I’m going to continue doing,” she added.
Allie has currently shot 26 portraits since the initial 12 and is still creating her transgender series. She is also currently working on a BAME portrait commission for the NHS. With a lasting fondness of her time studying at Salford, Allie continues to visit the campus and the ‘You Brought Your Own Light’ portraits are currently on display in the University’s library, before moving to their New Adelphi building on 6 August 2019. Now her winning piece will hang in the Lowry from October, “It’s nice to have it in Salford,” she said.
In the future, she hopes to do a series focusing on the women of Salford who make a difference in the world and will continue with her trans activism.