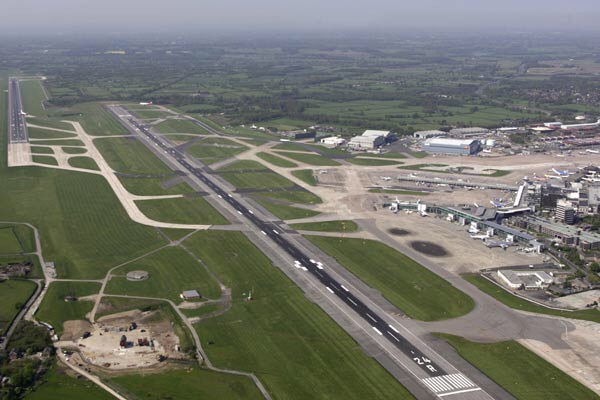 MAG, the Group behind Manchester Airport has reported ,its interim unaudited half-year results, for the period 1st April 2016 30th September 2016.
The half year results have seen profits up 6.6% to £215.9m as new route development drives passenger numbers back to pre-recession levels at Manchester and London Stansted airports while passenger numbers group-wide in the first six months were up 7.7% year-on-year to 32m.

Manchester Airport is now serving more than 25m passengers per year for the first time in its history and London Stansted handling over 24m, breaking its previous record set in 2007.

Increased revenues have also been driven by the completion of terminal renovations at London Stansted and East Midlands with retail revenue across the Group up 11% on last year, compared with the first six months the previous year.

MAGs Cargo business continues to play a critical role in connecting Britain to the world. East Midlands, Stansted and Manchester airports are respectively the 2nd, 3rd and 4th busiest cargo airports in the UK, with East Midlands the UKs principal airport for dedicated cargo flights. The inaugural MAG Trade Tracker, launched today, shows that in the first half of the year MAGs airports exported goods to the USA worth £2.9bn, as well as goods worth at least £300m to each of China, Singapore and Qatar.

In 2015-2016, activity at MAGs airports across the UK, at Manchester, London Stansted, East Midlands and Bournemouth, contributed £6.2bn of economic value for UK PLC and for the communities in which our airports operate thats a 16% increase on the previous year and equates to £8 of economic activity for every £1 of revenue the Group generates.

The start of a new direct service from Manchester to Beijing with Hainan Airlines in June 2016 has been a huge success, with load factors at 90% over the summer. The route is the only link to mainland China from the UK outside of London. Manchester Airports role as a connector to key global markets and engine of the Northern Powerhouse has been further reinforced by announcement of new non-stop services to San Francisco and Boston, and the start of new non-stop services to Houston and Singapore.

In September, Jet2.com announced that London Stansted will be its first base in southern England, with flights starting in summer 2017, and British Airways commenced flights to popular summer and winter leisure destinations. It is clear that the airport will play an increasingly critical role in providing aviation capacity to London in the period before a new runway is built.

There has also been further progress across MAGs property portfolio. The £45m Hampton by Hilton hotel at Stansted celebrated an important topping-out milestone, and is on track to welcome guests in summer 2017.

During the first half of the financial year, the Group has continued to exceed its challenging financial targets and delivered good growth in both passenger numbers and revenue, driven by new route offerings and the completion of the significant terminal redevelopment at London Stansted.

Our airports will continue to be amongst the most significant drivers of economic growth in their regions, as spare capacity enables them to grow more quickly than other airports. With the decision on Heathrow now made, Government must quickly commit to developing a new aviation policy that will maximise these opportunities for both the country as a whole and the regions that our airports serve.

The short-term priority for Government must be to make the most of the runways we already have in the 10-15 year period before any new runway is ready and we are calling on them to support faster rail services to Stansted and reduce aviation taxes to encourage new connections from Manchester, particularly to key long haul markets.

MAGs business strategy has a long-term focus and is based on resilient foundations. This will put MAG in a strong position as the UK leaves the EU, a process which will highlight the importance of international connectivity to the UK’s future.

Our strategy to drive top-line growth, improve efficiency and broaden our mix of business will continue and in the coming year we will ensure that we remain focussed on delivering further profitable growth.

As the country prepares to enter a new era, we will be working closely with Government and the rest of our industry to put in place a framework that will ensure the UK has the very best connections to the rest of the world – something that is fundamental building block for a modern, trading economy. At no point have the excellent links that this countrys airports provide been more vital to the nations future prosperity and economic growth.”