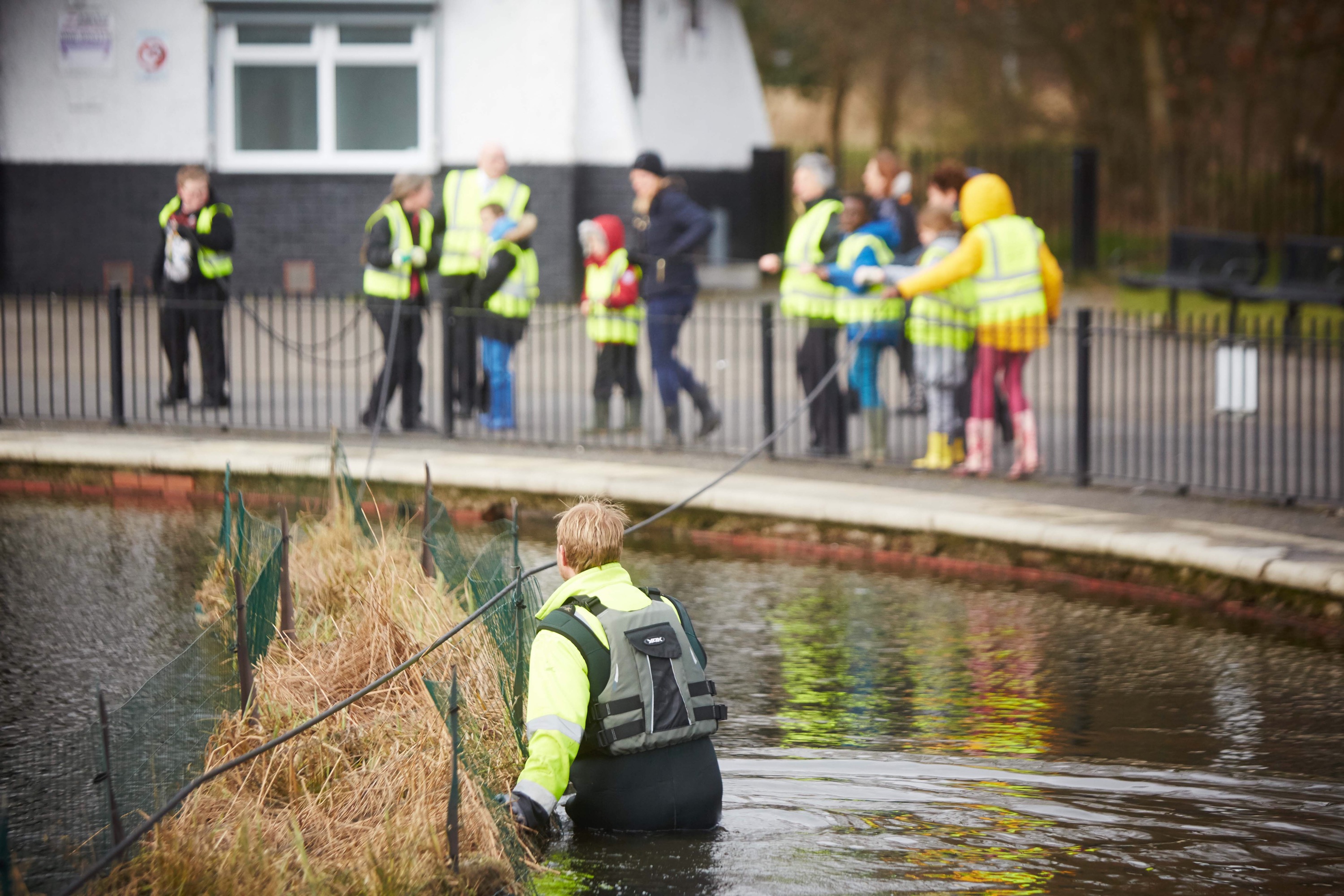 A series of innovative floating islands are taking shape in a Manchester lake as part of plans to clean up the city’s green spaces, paid for by an airport windfall.

The islands, designed to boost wildlife and biodiversity and improve water quality, are being installed in the former boating lake at Boggart Hole Clough.

The nine structures currently being installed are being built from parts which fit together to form a series of arcs and curving islands, custom designed to reflect the edges of the historic lake.

They are being planted with more than 3,000 aquatic plants from a mix of 13 different species which will bring both wildlife habitats as well as a splash of colour to the lake, while underneath the islands, 200 specially built columns will provide a habitat for micro-organisms which will help to improve water quality.

The islands will also include five platforms for larger nesting birds and will provide access to smaller access points for coots, moor hens and ducks throughout.

They have been developed and built by Scottish eco-technology company Biomatrix Water Solutions, www.biomatrixwater.com, who have delivered similar projects across the world, from Asia to the US and Europe.

A group of youngsters from St John Bosco Primary School will also be visiting the park to help with the installation and construction of one of the 15ft islands and learn more about wildlife.

The fund, provided as a one-off largely due to the sell-off of Stansted, is being used to provide one-off projects which will benefit the appearance and environment of Manchester.

The fund will also pay for wildflower planting on the shores of the lake and will enable a series of sessions to be held throughout the spring and summer in which youngsters and other residents can find out more about wildlife at the park.

This is just one of a range of projects, paid for by the fund, which will reduce the ongoing cost of maintaining parks and green spaces across Manchester while making them more attractive for visitors.

It will also pay for the recreation of the neglected rhododendron dell at Brookdale Park in Newton Heath.

The dell was created in the early 1900s and was designed to make visitors to the park think they were walking through a Himalayan glade, but the wooded area has since become overgrown and inaccessible.

Now, a Clean City-funded project is expected to bring the area back to its former glory, by rebuilding walkways, improving drainage and clearing overgrowth while planting sustainable shrubs and flowers.

Meanwhile, volunteers from Manchester University have worked with members of the park’s users group and the National Wildflower Centre, to plant wildflowers and bulbs in another area of the park, and they will be joined by youngsters from Briscoe Lane Primary School who will plant fruit trees in the park later in the month.

Residents will also be working alongside the City Council and other organisations to create a programme of activity days to improve awareness and bring visitors to Queens Park in Harpurhey.

This started with an orchard planting event in February but will also include workshops and other events through the spring and summer.