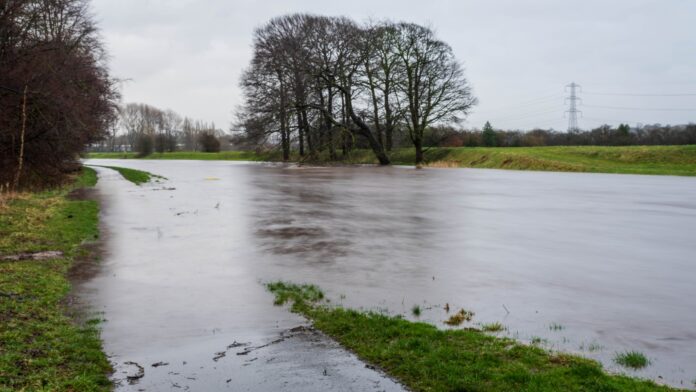 Due to the severe weather and numerous incidents, Northern Rail are terminating all services in the North West.

“No further trains until at least 10:30, and this might be extended.
Do not attempt to travel, do not head to stations as there are no alternatives.”

Meanwhile due to a tree on the line in Irk Valley near Victoria, Metrolink services are currently being disrupted.

The following service patterns are in place:

Water levels on the River Mersey are now stabilising and are beginning to decrease and the West Didsbury and Northenden severe flood warnings have been lifted.

Last night the river passed its highest level ever recorded (November 2000), more than double its normal range. The reading was taken at Brinksway.

Residents in 430 homes on Palatine Rd, Mersey Road, Spath Rd and Hollies Estate and the emergency has been stepped down this morning,Didsbury Mosque remains open for evacuees

“Thankfully after the peak at 4am, emergency evacuation operations on the ground were stood down and we got through the night without any flooding or damage to properties. Thanks again to everyone involved and to the hundreds of residents who were impacted.”