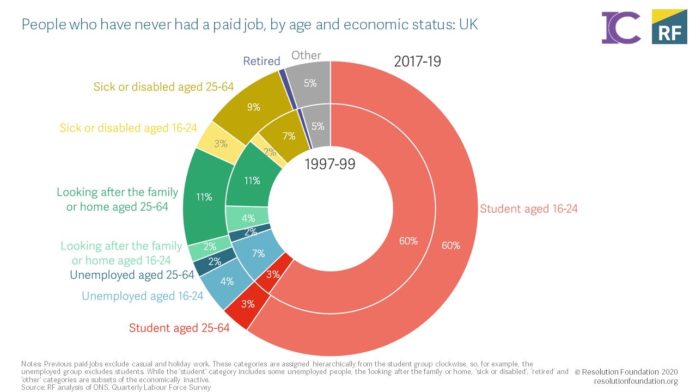 One commonly asserted explanation, says the report,  that a generous welfare system has increasingly allowed families to choose a life of worklessness is very wide of the mark.

Household worklessness is at record lows and the generosity of out-of-work benefits has declined over recent decades.

Among the recommendations of the authors are that policy makers should pay more attention to the drivers of a rising likelihood of working-age adults never having had a paid job.

Rather than cutting benefits, this means encouraging earning while learning and improving the systems that support education-to-work transitions.

Getting a first paid job after completing full-time education takes longer than it used to. In the late 1990s, 56 per cent of young education leavers who had never previously worked got a paid job within the first year after leaving.

Today that figure has fallen to 44 per cent.

Ten year old boy in life threatening condition after being hit by a tram...

Safety first or cash cow? Report says a third of motorists are caught by...