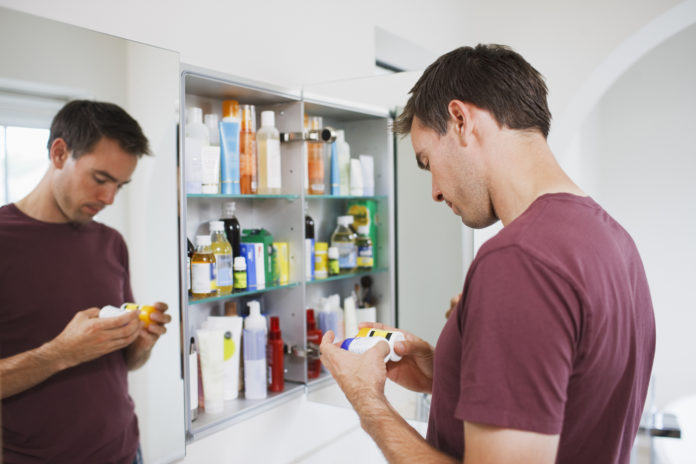 New research today from Co-op Health reveals that we are a nation of healthcare hoarders, with over a third of Brits (33%) admitting they never get rid of left over medication and a further third (33%) confessing to having used medication past its expiry date.

When asked why they would resort to using old medication, almost half (48%) of Brits didn’t realise it was out of date, a quarter (25%) presumed it would still be safe to take and a tenth (13%) didn’t need it at the time they bought it. Painkillers (27%), cold and flu remedies (26%) and antiseptic (26%) were amongst those most likely to be kept past their expiry date.

Over two thirds (70%) of Brits admit that wasting medication makes them feel as though they’re draining NHS money and a further quarter (27%) feel as though it could have been given to someone else. Despite this, people are still willing to over order prescriptions and failing to complete courses of medication.

Almost a quarter (23%) of UK adults have failed to complete a course of prescribed medication, for two fifths (38%) this was down to feeling better before finishing them, a further fifth (20%) simply forgot and one in 10 were worried about the impact of taking too much.

A fifth (22%) of those who didn’t finish their medication felt the consequences, admitting they didn’t get better and had to get another prescription as a result.

As a nation of recyclers, over one in seven (14%) of those surveyed have taken prescription medication that wasn’t prescribed for them. Over half (54%) said they did so because a family member or friend had given it to them, a third (32%) had taken them before so felt it would work and almost a fifth (18%) simply didn’t have time to go to their GP to pick up a prescription for themselves.

“It comes as no surprise to me that we are a nation of hoarders, but we need to be much more aware when it comes to what we’re keeping in our medicine cabinets.

‘’Using expired medication, old prescriptions or even sharing medication could have serious health implications and is something that is so easily avoided. Simply learning how to correctly dispose of medication, or using something like an app to keep on top of repeat prescription orders can all help to tackle the issue.’’

Covid cases doubling every week and R rate is above 1