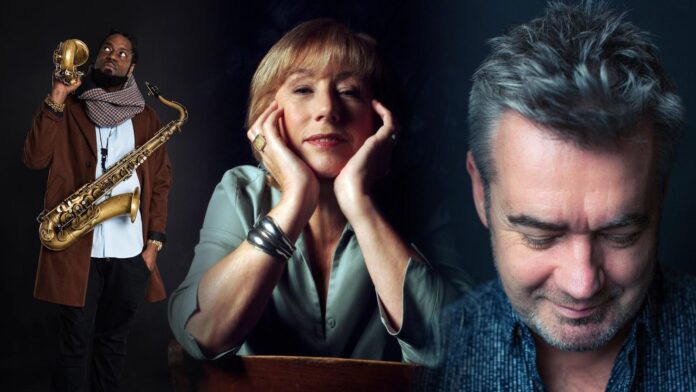 A massive programme of live jazz music, at venues across Manchester, is being announced, as part of the city-wide attempt to bring live music back to our stages.

The NQ Jazz festival will span 5 months, beginning in January 2021, with dozens of Covid-safe events, concerts and masterclasses by established and emerging artists, from Soweto Kinch in January to Norma Winstone in May.

Live events depend on Manchester being in Tier 2 (or better) at the time of the event, with alternative arrangements and broadcasts in place for every event should Manchester be in Tier 3 at that point.

Amongst the artists involved are multiple MOBO award-winning saxophonist and composer Soweto Kinch, seminal vocalist Norma Winstone alongside long-term collaborators Stan Sulzmann and Nikki Iles, plus Jazz FM Instrumentalist of the Year 2016, Mark Lockheart — the renowned saxophonist and bandleader who rose to prominence with the influential big band Loose Tubes.

In addition to established artists, the partnership will champion rising stars and develop young talent, working with Manchester’s prestigious music school, Chetham’s, on a range of public Masterclasses, as well providing opportunities for Manchester’s student community to learn from leading jazz artists by working with the RNCM and the University of Manchester.

BBC Young Jazz Musician competitor and recent Edition Records signing Fergus McCreadie returns in January, performing with his trio in support of their outstanding new album, Cairn. Virtuosic jazz guitarist Rob Luft — a Jazz FM ‘Breakthrough Act’ and Parliamentary Jazz ‘Instrumentalist of the Year’ award recipient in 2018 — brings his quintet to the night in March, whilst the superb vocalist and Elftet member Ella Hohnen-Ford brings her own TreeClimbers project to Manchester in April.

NQ Jazz is also pleased to continue its series of live improvised soundtracks to silent film, this time focussed around a ‘seminal sci-fi’ theme, curated by guitarist and music for film expert José Dias. The five film nights will include live scores to classics such as Nosferatu, The Lost World and 20,000 Leagues Under the Sea, from musicians across the improvised music spectrum.

“We’re delighted to be working alongside a diverse and wonderful spread of partners for our upcoming season, to bring more of the music we love to Manchester via our two brilliant new partner venues. We’re exceptionally proud to present this programme, featuring many of the UK’s most celebrated and exciting musicians.

“With The Stoller Hall being an internationally recognised state of the art concert hall and The Yard being a beautiful & intimate new arts space, bursting with creative vibrancy, we hope that there will be something for everyone in our programme!”