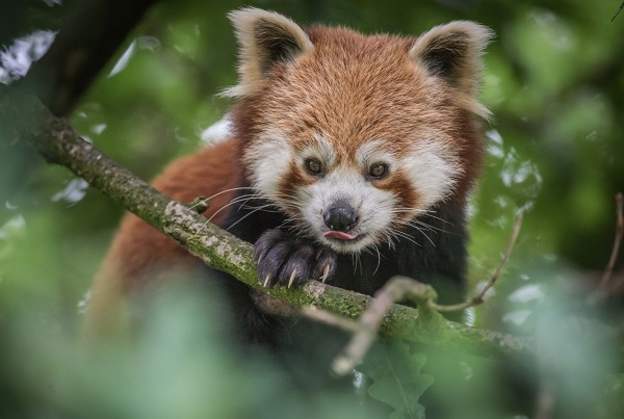 The one-year-old male, Koda, arrived from a zoo in Cornwall after being chosen as the perfect companion for the zoo’s resident female, Nima.

The duo were found to be genetically compatible as part of a breeding programme to boost numbers of the endangered species.

The pair have been slowly introduced to one another by the zoo’s expert team who hope that they will get along famously and produce cubs in the future.

Tim Rowlands, Curator of Mammals at Chester Zoo, said:
Our new arrival, Koda, spent the first few days exploring his new home, climbing trees and chewing his way through lots of bamboo! He’s settled in really well. Although slightly shy at the beginning, he soon built up enough confidence to introduce himself to our resident female, Nima – which is a really encouraging sign.

His genetics are absolutely vital to the future conservation breeding of red pandas, as habitat loss, the illegal wildlife trade and poaching pushes their numbers to a new low in the wild.

Hopefully, Koda and Nima go on to have a furry family of their own together, helping to boost those numbers just that little bit more.
Red pandas are native to the mountainous regions of Nepal, India, Bhutan, Myanmar and southern China. But now, numbers in the wild are estimated to be fewer than 10,000 – a 40% decline over the past 50 years.

The drop in numbers is a direct result of human actions, such as widespread habitat loss, trapping for the illegal pet trade and poaching for their iconic red fur – which in parts of the world is used to make hats for newly-weds as a symbol of happy marriage.

Chester Zoo is also fighting for the future of red pandas through habitat-focused conservation projects in the Sichuan Mountains of China, where they can be found among the bamboo forests.

In China red pandas are known as ‘firefoxes’ and are in fact, the original panda. The species was discovered 50 years before the giant panda and share the name because of a common ancestor that lived millions of years ago. 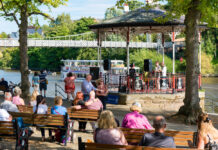 Tips For Managing A Maintenance Crew