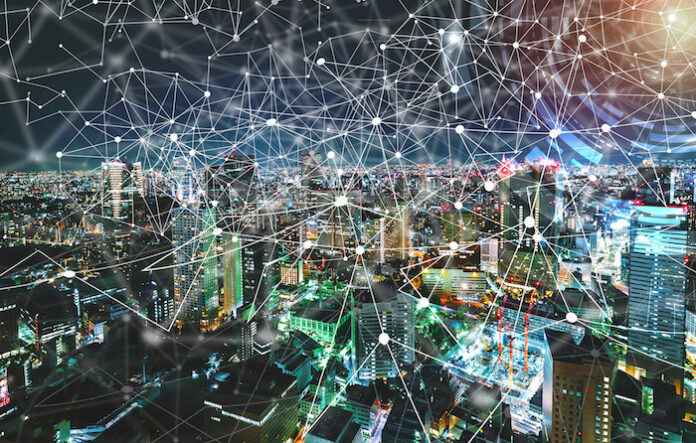 Manchester has cemented its reputation as the fastest-growing tech city within Europe, with VC investment reaching $687.6m in 2019, up from $199.1m in 2018. It is now only second to London when it comes to investment, overtaking Cambridge for the first time.

Manchester tech has had a stellar year, in part thanks to the successful IPO of e-commerce giant The Hut Group which has demonstrated the calibre of tech companies across the region. The area’s rich heritage in manufacturing has helped to power the city’s growing e-commerce industry with other unicorns in Manchester including Auto Trader UK and On The Beach Holidays.

Thanks to these fast-growing tech companies, the digital tech sector in Manchester employed more than 100,000 people in 2019 according to data from ONS, Tech Nation, the UK network for ambitious tech entrepreneurs, and job search engine Adzuna. Yet the industry has the capacity to grow even more, with high demand for talent across a variety of companies. There are 3,690 IT vacancies across the city alone, with 4,235 open jobs across Greater Manchester.

The figures on how Manchester’s tech sector has grown are published as the Government’s Digital Economy Council and Tech Nation host a digital roundtable on 4 November to discuss the challenges facing the tech sector as it works to create jobs and help the region recover from the impact of the coronavirus on jobs.

The virtual lunchtime discussion, hosted by Saul Klein, founding partner of LocalGlobe, is one in a series of roundtables taking part with tech executives, investors and entrepreneurs across the country. Local companies, investors, university representatives and other ecosystem participants will be brought together to learn, share and collaborate on the challenges posed on the current crisis. The learnings will be fed back to the DCMS (Department for Digital, Culture, Media and Sport).

Success story The Hut Group is the company seeking the most new recruits in the region, followed by TalkTalk and Sage. The most in-demand job in the city is for software developers, followed by NET developers and front-end developers.

According to Adzuna, the city is a key area for employment and those with the correct skills are well remunerated: the average IT salary in the city is £49,765, over £12,000 more than the average salary across the city at £37,197, according to Adzuna data. While data architects are among the best-paid workers in the city, having seen average salaries for this role increase 17.5% in 2019 to £80,567.

As with other regions in the UK, there is growing demand for cloud skills in Manchester as businesses increasingly put their operations on the cloud. Across the UK, the demand for cloud computing as a skill has grown by 22% from 2018 to 2019. One of Manchester’s potential unicorns, UK Fast, is one of the UK’s leading cloud providers with clients including ApprovedFood.co.uk and The Dean Trust and Chester Zoo.

Digital Minister Caroline Dinenage said: “Manchester’s tech star has been rising for the past few years and the recent success of The Hut Group has helped to cement the city’s reputation as an industry hub to rival the capital.

“These new figures show it is creating new jobs and opportunities, and I am delighted that some of the country’s leading tech talent are coming together to discuss how we can help further strengthen the UK’s reputation as Europe’s leading tech player.”

Dr George Windsor, Head of Insights at Tech Nation said: “New data on Manchester’s tech industry demonstrates how much the city’s tech credentials have grown and it’s great to be able to celebrate the successes of startups across the region. This event will be a perfect opportunity to bring together some of the best minds in the North West to discuss how the sector can help both the national and regional economic recovery.”

Andrew Hunter, co-founder, Adzuna: “We’re seeing demand for tech jobs surging across Manchester with high salary offers to entice skilled workers from across the UK. As the country looks to move forward from Covid-19, attracting the right talent will become even more competitive.”

Michael Brennan, CEO at tootoot and Stribe: “I was attracted to setting up our HQ in Manchester as a result of the strong networks and excellent talent in the city. We’ve had tremendous support from the Greater Manchester Combined Authority and local councils in the work we’re doing with tootoot to give children and young people a voice, and with our new product Stribe that helps makes it easier for business leaders to support the wellbeing of employees whether they are working from home or the office. As we look to expand over the next year, I couldn’t imagine being in a better place.”

Safe Hammad, CTO & Co-Founder, Arctic Shores: “Over the last 10 years, Manchester has transformed into a thriving technology hub attracting businesses and talent alike, and is now home to several prominent tech success stories. Arctic Shores chose to headquarter in Manchester to take advantage of great access to talent, and for Manchester’s unwavering “can do” attitude that’s so important for businesses in their early stages of growth.”

Talk Talk announces its moving its headquarters to Salford