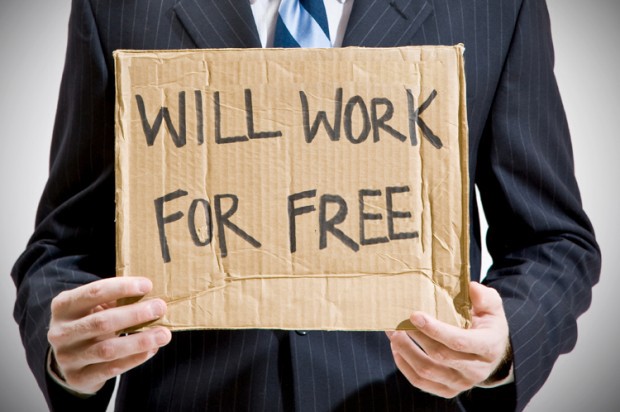 It can cost £800 a month to survive as an unpaid intern in Manchester according to a survey out this morning.

Over a quarter of graduates have taken on an unpaid internship, with many having to rely on parents, friends and second jobs to get by, according to new research from the Sutton Trust.

Pay As You Go, based on YouGov surveys of graduates and employers, gives a detailed view, for the first time, of the types of internships that graduates are completing in their first few years in the job market.

Younger graduates are also more likely to have taken on more than one internship. According to the report, there are around 100,000 interns working in Britain every year, with around 58,000 unpaid.

The significant costs associated with unpaid internships are shutting many less advantaged young people out of careers.

In prestigious industries such as media and the arts (including fashion, theatre and tv), up to 86% of internships on offer are unpaid.

A large proportion (43%) of unpaid interns rely on living for free with family and friends to get by. Just over a quarter relied on money from their parents while a similar number had to work another paid job in order to fund their internship.

The report also finds that both graduates and employers are confused about the current law on unpaid internships.

Under national minimum wage legislation, interns must be paid if they are expected to work set hours or on set tasks. Up to 50% of employers and 37% of graduates surveyed were not aware most such unpaid internships are likely to be illegal.

While doing an internship is associated with higher salaries, there is some evidence that doing multiple unpaid internships may actually have a negative impact on employment and wages.

This suggests that many young people in certain industries are being trapped in cycles of unpaid placements without significant benefits to their career.

Many internships offer little in the way of training, and are instead focused on completing necessary work for their employer. 70% of employers say that interns do useful work for their business.

The Trust is backing Lord Holmes’ bill in the House of Lords and would like to see all internships longer than one month to be paid at least the National Minimum Wage of £7.05 for 21-24 year olds, and ideally the Living Wage of £9 per hour (£10.55 in London).

In addition, the report recommends that internship positions should be advertised publicly, rather than filled informally and recruitment processes should be fair, transparent and based on merit.