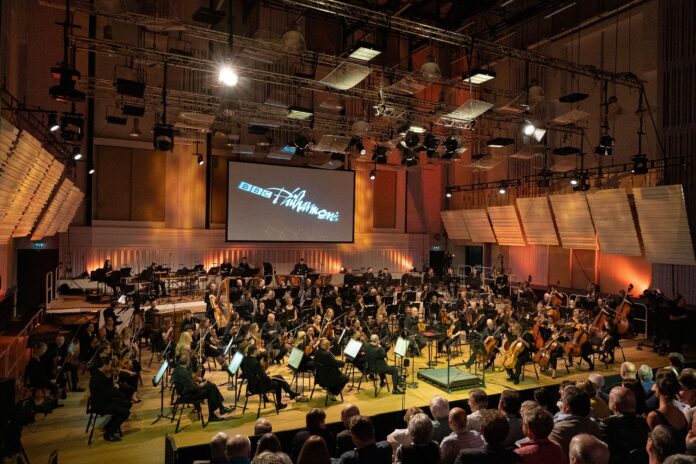 She’s Electric by Oasis will be covered by an 80 piece BBC orchestra.

Over the past week hundreds of nominations have flooded in to BBC Radio Manchester to find the “anthem of Manchester”.

The final winner, picked by breakfast presenter Becky Want, will now be covered by the BBC Philharmonic, which has been playing and broadcasting concerts in the North for nearly 100 years.

She’s Electric was released on Oasis’s hit studio album, (What’s the story) Morning Glory?, in 1995.  The track was recorded in Manchester and written by Noel Gallagher.

The 80-piece orchestra has just two weeks to adapt and perform the song, with each musician recording their part in their own home because of coronavirus restrictions.

BBC Radio Manchester breakfast presenter Becky Want said: “Oasis has been a core part of the music scene, not just in Manchester but globally. To hear the Philharmonics reimagined version of Oasis’s She’s Electric will be an absolute treat!”

The song will be played on the breakfast show on July 17 and will then be added to the Great Northern Playlist on BBC Sounds, a mixtape made-up of one tune from each of the North’s 10 BBC Local Radio. Each track on the playlist will be covered by the BBC Philharmonic.

Simon Webb, director of the BBC Philharmonic, said: “What a song! There’s no doubt it’s going to be a challenge for our musicians, but hearing She’s Electric in all its glory will be very special.

“The BBC Philharmonic has been the orchestra of the North for nearly a century. It’s fantastic that we can continue serving communities here despite the coronavirus restrictions.”