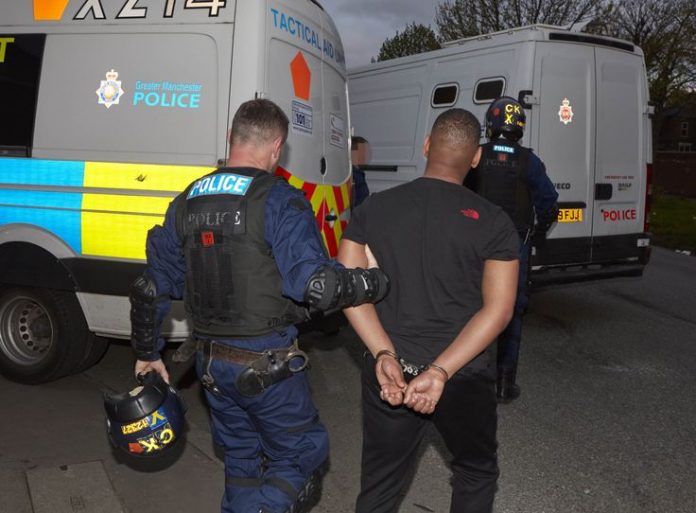 Eight men have been arrested after raids this morning as part of an investigation into the large scale supply of controlled drugs in Manchester.

Police searched ten houses in Swinton, Eccles and Prestwich as part of Operation Legend, and over £130,000 worth of drugs were seized today as part of the ongoing investigation, which has recovered £3million worth of drugs in total.

The operation has been carried out by officers from the Serious and Organised Crime Group who are committed to tackling organised crime in Greater Manchester.

A total of eight men were arrested on suspicion of supplying Class A controlled drugs.

Detective Chief Inspector Gwyn Dodd of GMP’s Salford division, said: “Over the past few months, we have had a dedicated team working through intelligence to uncover the source of these controlled substances.

“Our team are committed to preventing people using Class A drugs and a big part of this is to stop those who supply the controlled substances themselves.

“Our investigation into these controlled substances continues, as we seek out people who supply drugs across Greater Manchester.

“Please continue to report anything suspicious to police and make sure that people who benefit from supplying these dangerous substances are stopped.”

Anyone with information should contact police on 101 or the independent charity Crimestoppers, anonymously, on 0800 555 111.

Jailed for seven and a half years-the drunk driver who hit a tree in...