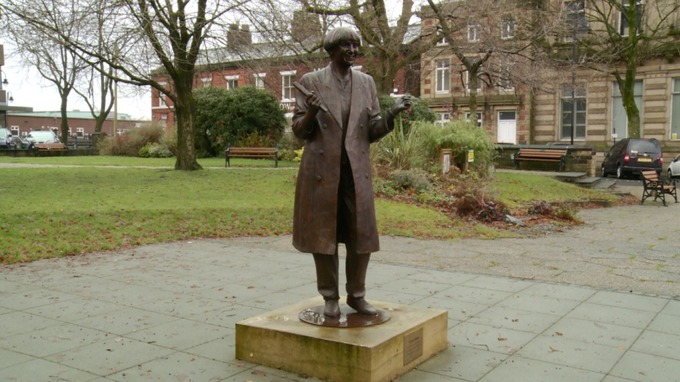 Bury is drawing up a packed programme of events to celebrate its year as Greater Manchester’s first ever Town of Culture.

A packed audience at The Met was given a taste of what will be coming up over the next 12 months, enjoying performances from poet Steven Taylor, Bury Choral Society, Bury Footlights, actor Steve Gibson and Bury Music Service.

One of the flagship elements of the Town of Culture plan is a focus on Happiness. This is a legacy of the hugely successful Victoria Wood exhibition at the Bury Art Museum and the unveiling of a statue to Bury’s most famous daughter last year. This will celebrated in 2020 through events to promote the way that Victoria performed and made her audiences feel.

There will be a mixture of special commissions inspired by this, accompanied by a talent develop programme providing Bury residents with the opportunity to be mentored by industry professionals – and then perform at a Happy festival in May and plans for a Proms event in the summer in conjunction with the Halle.

Further plans are being made for mass gatherings of choirs and brass bands in the borough, while steps are being taken for Bury to become ‘leaders’ in happiness and the impact on wellbeing in conjunction with academia and museums in the region.

It was also announced at The Met launch that the council has secured the neon lights which adorned Media City in Salford Quays from the BBC’s Front Row show. They feature the words “Happy” and “Wonder”, chosen by Victoria Wood and Danny Boyle respectively, and these signs will now be installed in the borough.

Councillor David Jones, leader of Bury Council, said: “Culture can play a vital role in enriching local lives. It has the power to unite and open the mind to opportunity, to nurture life skills and improve life chances, to enhance wellbeing through connecting people, reducing isolation, raising aspiration and confidence.

“The year will be inspiring – it will allow our residents to explore new things, try new experiences whether that is within music, performing art, writing, comedy or sport. And we will look to our heritage to form our vision for the future, a future which will have culture at the heart of strategy development and partnerships as a legacy of the year.

The rich tapestry of communities we are blessed with having in the borough is to be celebrated now more than ever, and so it could be said we are very much towns of cultures.”

There was further good news announced at the launch – Bury town centre has been awarded Purple Flag status for a fifth consecutive year in recognition of its thriving night time economy.

Purple Flag is a town and city centre award – similar to the Green Flag for Parks and Blue Flag for beaches – which promotes excellence in the evening and night time economy and aims to raise the standard and broaden the appeal of town and city centres between 6pm and 6am.

Areas awarded the Purple Flag are recognised for providing a vibrant and diverse mix of dining, entertainment and culture while promoting the safety and wellbeing of visitors and local residents.

Bury is one of only two town centres in Greater Manchester to fly the Purple Flag, having been the only town across GM for the last four years.

Independent Review into Arena attack is now open for information