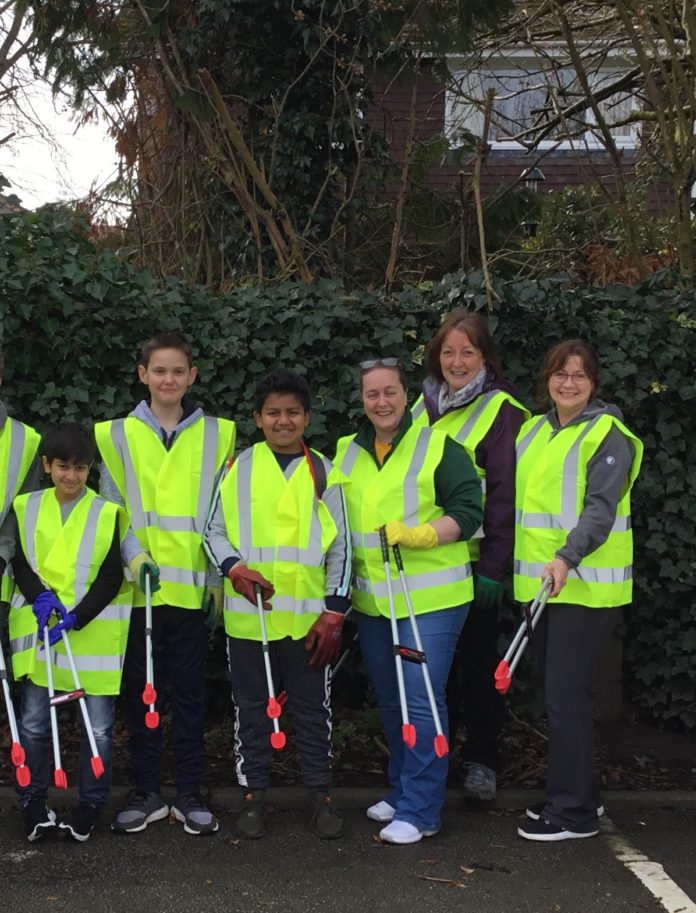 A Stockport school has pledged to complete almost 3,000 hours’ volunteering to give something back to its local community.

Cheadle Hulme School asked each of its students to accomplish at least 150 minutes of volunteer work to mark the 150th anniversary – known as a sesquicentennial – of their main school building.

The independent schools’ head, Neil Smith, is hoping that by the end of the year this will add up to 2,807 hours – that’s over 115 days.

Over a thousand students from the school’s senior school and sixth form have been invited to take part, with teachers and parents also stepping up to volunteer.

One student, Thomas Day, 14, has already made two visits to the Wellspring homeless charity in Stockport. Over a period of four-and-a-half hours, he helped out with labelling tins and packets for their foodbank.

Whilst Charlotte Silver volunteered with the Human Relief Foundation, applying make up to models at a fundraising event at The Royal Nawaab in Levenshulme. Earlier that day, the 13-year-old had already helped out at a family event at Bramhall Precint, offering glitter tattoos and eye sparkles to children. Overall, the year 9 student clocked up ten hours of volunteering.

Year 7 student Azeem Haque helped out for a morning at Bramhall Methodist Pre-School, which is attended by his younger brother.

And having well and truly caught the volunteering bug, the 11-year-old then rounded up friends Hassan Mohammed and Ethan Adey to join in with some litter picking

He said: “We wanted to do it because it helped the community and we would only otherwise be sitting in playing on the PlayStation.

“It was a lot of fun! We had a competition to see who could pick up the most litter.

“It has definitely made us want to do more service. It feels good helping other people.”

Head Neil Smith said: “Volunteering has always been encouraged at Cheadle Hulme School, and sixth formers do volunteer work and outreach as part of their curriculum.

“But as part of our year of celebrations for the school’s important milestone, we wanted to take a whole school approach to volunteering and involve as many students, teachers and parents as possible.

“Countless local charities and community groups have already benefitted and our students still have much more to give.”

Cheadle Hulme School was founded in 1855 as The Manchester Warehousemen and Clerks’ Orphan School. Before it moved to its current Claremont Road location in 1869, it had two previous sites, in Flixton and Ardwick.

Trapped – Could you Spot the Signs?

Morrisons Manchester Piccadilly Gardens’s Café space is open to all – from parenting groups...