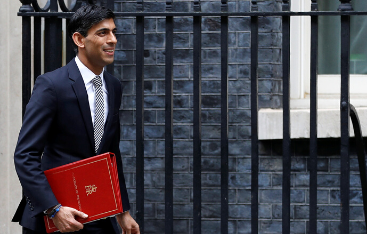 Avoiding any day-to-day spending cuts beyond next year would likely require either tax rises or abandoning the fiscal promises made in the Conservative manifesto.

With rising investment spending, even keeping to current budget balance would not see underlying debt fall over the period of this parliament. Loosening or abandoning the current fiscal rule would put underlying government debt on a clearly rising path. That would not be sustainable in the long term.

Fiscal targets can help guide and constrain policy and ensure sustainability. There have now been 16 fiscal targets announced over the last decade. If the target to balance the current budget were abandoned in this Budget it would be the shortest lived of them all. Abandoning it now would surely undermine any credibility attached to fiscal targets set by this government.

Outside of health, day-to-day public service spending per person remains 26% below its 2010 peak. £54billion would be required just to return to real 2010 levels.

No department will see cuts in 2020–21. Beyond that there are commitments to increase spending on the NHS, schools, defence and overseas aid. Simply to avoid any further real-terms cuts elsewhere over the following three years the Chancellor would need to find an additional £3 billion by 2023–24. Maintaining spending on unprotected services as a share of national income would require an additional £6½ billion.

This would still leave cuts to means-tested support for low-income families with children slowly working their way through the system. The removal of an additional tax credit payment for the first child will eventually lead to around 3.2 million households getting £550 per year less than they would have received, while the two-child limit in means-tested benefits will eventually lead to around 750,000 households losing an average of £3,600 per year.

Investment spending is already high by UK historical standards. Raising it to 3% of national income, the ceiling proposed in the Conservative manifesto, would take the UK from below-average to above-average by international standards. With low interest rates and the known importance of infrastructure investment for economic growth the case for more investment spending is strong. Experience shows that increases need to be gradual, well targeted and carefully managed over the long term.

Annual per-person investment spending is over 60% higher in London (at £1,456) than across the rest of the UK (£891). The financial return to spending in the densely populated and high productivity capital is likely to be greater than elsewhere in the country. Placing additional value on regional equity could justify rebalancing spending away from London.

Abolishing entrepreneurs’ relief in capital gains tax and increasing council tax bills faced by those in more expensive properties could form parts of a desirable package of reforms to make the tax system both more equitable and more efficient.

Restricting pensions tax relief to the basic rate would bring in more than £11 billion. However, it would increase the income tax bills of precisely the group (those with annual incomes of £50,000 and over) for whom Boris Johnson pledged income tax cuts prior to becoming Prime Minister. Better options to improve the taxation of pensions exist: the pensions tax-free lump sum should be reduced, employer contributions to pensions should not escape NICs and the ludicrously generous tax treatment of inherited pension pots should be ended.

Continuing to freeze fuel duty would cost another £4 billion a year (in today’s terms) by the end of the parliament, on top of the £6 billion a year that real-terms reductions since 2010 are already costing.

“Rishi Sunak’s first Budget could be the most important fiscal event in years. It will set the direction of policy for the next five years. If this new government is going to make radical change to taxes and spending this surely is the time to do it.

The Chancellor is hemmed in by a rising deficit and fiscal targets set out in the Conservative manifesto. They will allow him to increase investment spending, which will be welcome if well targeted. But they will not allow substantial increases in current spending, or tax cuts, to be funded by more borrowing. We have already had 16 fiscal targets in a decade, and fiscal targets should not just be for Christmas. Mr Sunak should resist the temptation to announce another and instead recognise that more spending must require more tax.

There are plenty of tax rises which would both raise revenue from better off individuals and improve the coherence of the tax system. Top of the list should be the abolition of the misleadingly named entrepreneurs’ relief. Other candidates include reforming council tax to increase charges on more valuable properties, and ending the ludicrously generous tax treatment of capital gains at death and of inherited pension pots.”