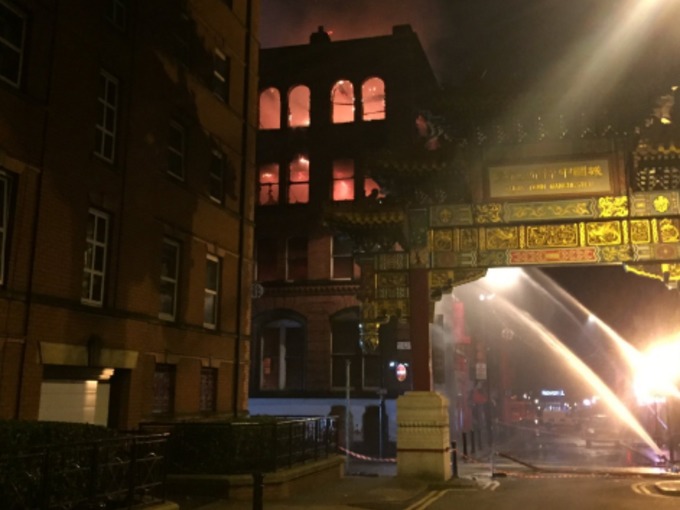 Detectives investigating a fire in Chinatown last November that killed two people are now offering a £50,000 reward for information.

The fire broke out in a disused building on Nicholas Street around 2.00am on the 25th November.

Following a search by firefighters from GMFRS, the bodies of 57-year-old James Evans and 51-year-old Wayne Bardsley were discovered inside.

A 24-year-old man was arrested on suspicion of murder and has been bailed pending further enquiries.

Detective Chief Inspector Amber Waywell, of GMPs Major Incident Team, said: “This is a complex investigation and we have already made one arrest however we need the public’s help to fully understand how these two men tragically lost their lives.

“We know that there are still people out there who must know the truth but haven’t come forward.

“I’m hoping the reward of £50,000 will help you do the right thing and come forward with information which will lead to a successful conviction.

“It is very unusual to offer such a large sum of money and this is a life-changing amount that could have a massive impact on someone’s quality of life.

“We are continuing to appeal to the public to come forward with information that can help our enquiries and are particularly interested in anyone who was on nearby Reynor Street between midnight and 2am on November 25 2016.

“Anything you know, no matter how insignificant it may seem, could prove to be the vital piece of the jigsaw.”