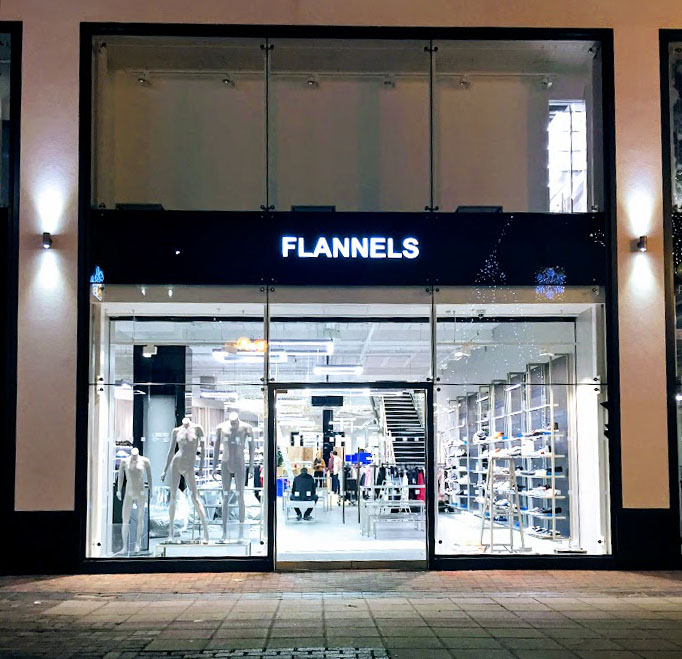 £40,000 worth of handbags and coats were stolen during a ram raid robbery at an Altrincham store in the early hours of Saturday morning

The robbery took place at the Flannels store on George Street.

A grey Toyota Aygo had reversed into the shop window. Two other vehicles, a white Ford Transit van and a blue Audi A4 had pulled up next to the store and a number of offenders ran in and stole items.

The Toyota was left behind as the offenders made off from the scene in the other two vehicles.

Police are investigating and it was discovered that designer handbags worth around £1000 each were stolen as were a number of Canada Goose coats which are each worth over £800 each.

Officers are keen to hear from anyone who witnessed the  robbery or who have any details about who may have been involved.

“A robbery of this magnitude could considerably damage the business and will have left the staff as well as local people incredibly concerned and upset.

“We are keen to find those responsible as soon as possible, this was a well thought out robbery and we do not want the offenders to think that they can do this a second time.

“Anyone with any information or CCTV showing any part of the incident should get in touch with police as soon as possible.

“We will have an increased police presence around Altrincham and we would like to encourage any concerned members of the public or business owners to come and speak to our officers.”