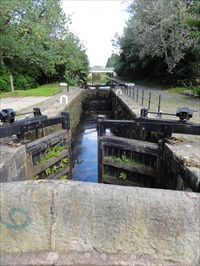 A 32-year-old man has since been arrested on suspicion of rape and remains in custody for questioning in connection with the attack on a woman in Failsworth on Friday evening.

The 41-year-old woman was raped in a wooded area, which is accessed by a footpath, near to the canal path.

It is believed the offender followed the victim for around 15 minutes as she walked along the canal path near to Morrisons supermarket in Failsworth.

Detective Sergeant Emma Hulston said: “Our enquiries are very much continuing into this horrifying attack and I am pleased to say that we have made an arrest, and that detectives will interview the suspect later today.

“All of our thoughts are still very much with the victim as she begins to come to terms with this ordeal and we, alongside specialist partners and agencies, will continue to support her in any way we can. Nobody should have to go through what she has gone through and we will do our absolute utmost to seek justice on her behalf.”

26 year old man remains in hospital after assault in Stretford

Incidents of hate crime on the rise across Greater Manchester