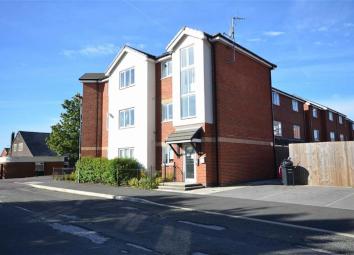 A 26-year-old man is in hospital after a shooting in Ordsall last night.

Police were called to an incident in Cloughfield Avenue around 10.00pm.

Two men and a woman had been inside the property when shots were fired through a downstairs window. The offender then fled the scene towards Robert Hall Street where a man was waiting in a white car.The gunman got in to the car and the duo made off towards Phoebe Street.

The man was taken to hospital where he remains for treatment. His injuries are not believed to be life threatening.

A scene remains in place and Robert Hall Street is partially closed.

Superintendent Howard Millington, of GMP’s Salford division, said: “I am aware that this incident will no doubt cause concern in the local community but I want to assure you that we are doing everything we can to find those responsible.

“We have launched a full investigation with a team of dedicated officers and enquiries are ongoing.

“Thankfully the victims injuries are not believed to be life threatening but clearly this incident could have had much worse consequences.

“We have increased patrols in the area and they will remain over the coming days. They are there for you, so please approach them with any questions or concerns you may have and they will assist in any way they can.

“If you have any information that could assist us with our enquiries, or if you saw anything suspicious in the Ordsall area last night, then please get in touch as a matter of urgency.”