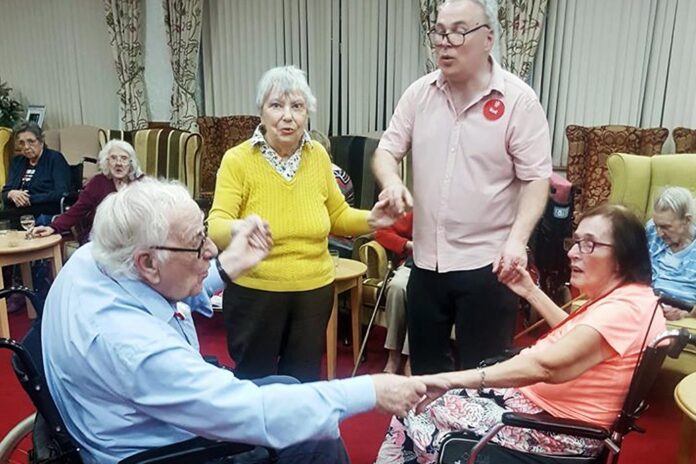 As the Government freed up space in the NHS at the beginning of the Covid 19 crisis, around 25,000 people were discharged from hospitals into care homes according to a report out this morning from the National Audit Office (NAO)

Due to government policy at the time, not all patients were tested for COVID-19 before discharged and it was a month before the policy was changed.

It is not known how many of the 25,000 discharged without a test between March 17 and  April 15,the day NHS England changed its advice – were infected with coronavirus.

The report,Readying the NHS and adult social care in England for COVID-19 found that action taken by the NHS to increase capacity meant there were enough beds and respiratory support nationally at the peak of the outbreak in April.

Between mid-March and mid-April, the NHS increased the number of beds available for COVID-19 patients from 12,600 to 53,700, by, for example, discharging patients and postponing elective, or planned, procedures. Planned activity fell by 24% in March 2020 compared to March 2019. The NHS also contracted with private hospitals to use up to an additional 8,000 beds, and established temporary Nightingale hospitals.

However there have been numerous outbreaks of COVID-19 within adult care homes in England, with more than one in three reporting an outbreak between 9 March and 17 May.

This peaked at just over 1,000 homes in the first week of April. Some parts of the country were more affected than others, with the North East being the area with the largest proportion of its care homes (just under half) reporting an outbreak by 17 May.

Jeremy Hunt, chairman of the Commons Health and Social Care Committee and a former health secretary, said “it seems extraordinary that no one appeared to consider the clinical risk to care homes despite widespread knowledge that the virus could be carried asymptomatically”.

He added: “Places like Germany and Hong Kong took measures to protect their care homes that we did not over a critical four-week period.”

Ozone layer depletion has led to a generation suffering from irreparable skin damage –...

First of its kind Radiography Academy opens in Rochdale