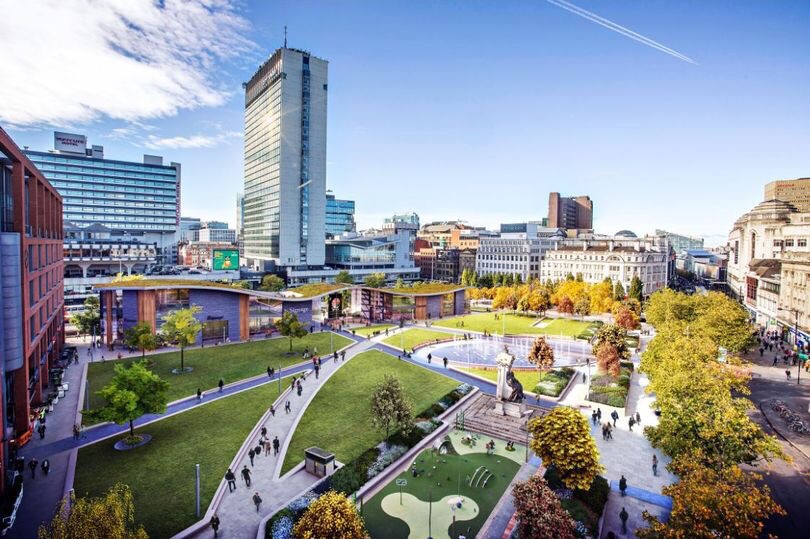 A public exhibition will give people a chance to see – and give their views on – detailed multi-million pound plans to improve Piccadilly Gardens.

Earlier this month Legal & General Investment Management Real Assets (L&G), in partnership with Manchester City Council, released proposals including £2m worth of investment in improvements to the Gardens to make them more attractive and welcoming community environment, while deterring anti-social behaviour.

The regeneration is part of a wider £10m investment by L&G which also includes plans to redevelop the Pavilion building, create a new covered area of public realm – and the removal of the ‘wall’.

People will now have a chance to view detailed plans and provide feedback on Friday 2 and Saturday 3 December between 10am and 4pm in the area next to the Media Lounge on the ground floor of the Town Hall Extension.

The proposals come after Manchester City Council and L&G have been in discussions about creating an improved, safer and more attractive community environment at Piccadilly Gardens. During these discussions, the Council and L&G have taken into account public opinion and identified that the removal of the ‘wall’ and carefully targeted garden improvements would significantly improve the Gardens.

Improving lighting and the design of the current Pavilion building and Gardens to deter anti-social behaviour and improve natural surveillance. Greater Manchester Police have been consulted on the design

Advertising screens at two locations which will be, say the developers, sympathetically integrated into the design to provide the Council with a sustainable annual income which will contribute towards the ongoing maintenance costs of Piccadilly Gardens

Sir Richard Leese, Leader of Manchester City Council, said: “Piccadilly Gardens is an incredibly well-used public space which more than 16 million people a year pass through or spend time in.We know that many people have strong opinions about it and recognise that there is scope for significant improvements. We believe the proposed scheme, which takes into account public feedback, provides viable and sustainable change for the better which is compatible with the Gardens’ role as a major thoroughfare used by hundreds of thousands of people a week as well as a destination in its own right.

“Different people will have different views of what works in Piccadilly Gardens and we value their feedback which will help shape the final plans. Those who can’t make it along to the exhibition will also be able to view the plans and comment online.”