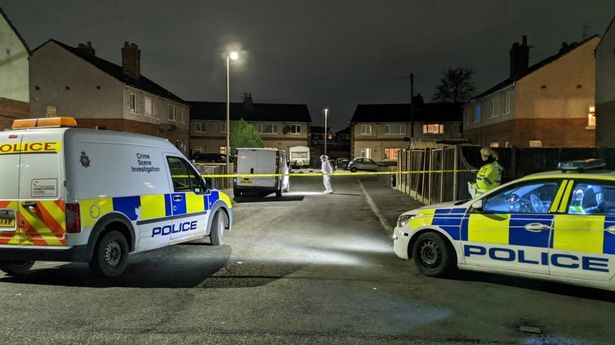 A nineteen year old man has been arrested over the double shooting in Leigh on Wednesday evening, police have announced.

He was arrested on suspicion of attempted murder following a warrant on Maple Crescent in Leigh on Thursday. He remains in custody for questioning.

Tow people, one in his 20’s and one in his 30’s remain in hospital after the double shooting which police believed to be linked

Chief Superintendent Emily Higham, GMP Wigan’s district commander, said: “We understand that this incident will cause some concern for those living in the area. We will continue to have reassurance patrols in place across the area over the coming days and anyone with concerns should approach our officers.

“We do believe that injuries sustained by both men occurred at one location. This appears to be a targeted incident and there is not believed to be any wider threat to the community.

“While we have made an arrest, our enquiries are still very much ongoing. Anyone with information relating to this incident – no matter how small it may be – can prove vital in our investigation. We’d encourage those with information to speak to police as soon as possible.”