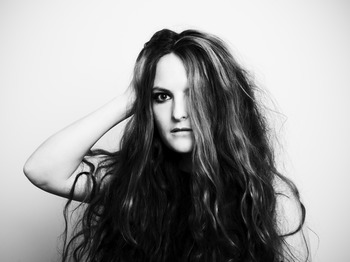 Minimalist and fragile, “Keep The Light In” weaves melodies and atmospherics to create an ethereal musical landscape drawing comparisons with the likes of The Cure and London Grammar while Chrissy Mostyn’s captivating vocals soar, reminiscent of Kate Bush. Combining ancient synthesizers and modern songwriting, The Blackheart Orchestra create an enchanting masterpiece leaving the listener with no choice but to cling on to every note through to the track’s rich and rewardingly layered climactic end.
<iframe width=”560″ height=”315″ src=”https://www.youtube.com/embed/wmHziz2ASTU” frameborder=”0″ allowfullscreen></iframe>

“Stunningly beautiful, this duo are on the fringe of true greatness”
Kensington and Chelsea Today, London

Often mistaken for an 8-piece band on first listen, The Blackheart Orchestra can be found on stage with a multitude of instruments ranging from guitars, piano and electronic beats to vintage synthesizers, omnichord, and flugelhorn. Comprising of long term collaborators Chrissy Mostyn and Richard Pilkington, the duo have seen their 3 previous albums, extensive touring across the UK, Europe and Australia and playing close to 1000 shows amass a large and loyal following ahead of their forth album to be released later this year.

“The Blackheart Orchestra remind us why music lifts us up”
Dalton Delan, American Public Television (USA)

Voted Best British Duo at London’s Exposure Music Awards and awarded second place in the Album of The Year category in the US Indie Music Awards, it’s no wonder their unique, emotion-drenched music is causing such a buzz. “Keep The Light In” is out Friday 24th June 2016.