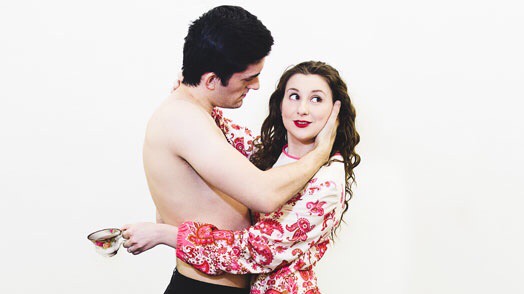 Manchester School of Theatre’s first production of the spring season at HOME is The Country Wife by William Wycherley.

Considered by many to be Wycherley’s finest play, The Country Wife is a sharp attack on social and sexual hypocrisy and greed and on the corruption of town manners.

When Harry Horner, a witty libertine, spreads a false report that he is impotent as a result of having had the pox, he gains privileged access to various society ladies – each of whom believe he sacrifices his reputation for her sake!

When the overtly jealous country gentleman, Jack Pinchwife, arrives in London with his naïve and artless wife, Margery, his constant warnings against wrong-doing arouse her curiosity. Before long she too is seduced by Horner, and believes herself to be behaving merely ‘as town ladies do’.

Featuring a menagerie of classic Restoration characters the play delighted and scandalized its original audiences in equal measure. It remains as vibrant and entertaining now as it was in when it was first performed in 1675.

Tickets can be purchased from the HOME Box Office.

£2.00 for MMU School of Theatre students and alumni

Warning to commuters to plan ahead for Friday’s rail strike