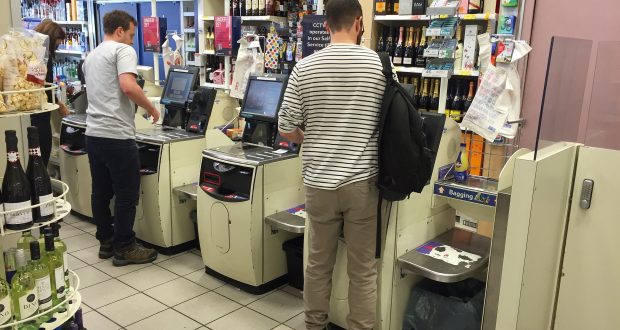 Women and regional workers will be hit hardest by future job losses unless retail brands cooperate more to create an experience-led high street and upskill the retail workforce for the age of automation, a think-tank warns.

The report from Royal Society for the encouragement of Arts, Manufactures and Commerce (RSA) finds high levels of precarity for workers in the retail industry, but also a growing customer appetite for innovation.

Over the same time period, ‘process, plant and machine operator’ jobs increased by 40,000, of which 31,000 were taken by men, indicating the new warehouse and distribution jobs being created by Amazon and others are being taken by men, and are not replacing customer services roles typically held by women.

The report suggests the retail industry has an acute challenge with ‘one-sided flexibility’ – with retail workers suffering from zero-hours contracts and inconsistent working hours.

According to a recent Populus poll commissioned by the RSA  38% of retail workers are worried about changes to their job that will reduce their working hours, compared to 29% for all workers.

The report also argues that the physical high street will survive – as long as retailers refocus their offer upon exciting in-store experiences and more empathetic customer services.

The report also calls for a high streets ‘sandbox’, which would allow for retailers and civil society groups to experiment with new initiatives which may otherwise be stopped by red-tape. This would be place-based, community-led, and would require collaboration between competing retailers.

“Our research shows that the economic pain that comes with the decline of the high street is not being felt evenly. As ever more people are shopping online, and businesses are introducing automated technology like self-service checkouts, this is changing the types of jobs available. Women are being hit particularly hard, with jobs growth being contained to roles usually filled by men such as delivery drivers.

“That said, we are optimistic that the high street’s decline can be reversed. If retailers collaborate more with each other, offer exciting in-store experiences and make customer service roles higher skilled – with staff becoming more like in-store ‘influencers’ – then we still see a vibrant future for the British high street.”

“Recent times have seen some of our most-loved and notable brands struggle to survive in a tough and highly competitive operating environment. This is sobering news for consumers and workers in the sector who face uncertainty and the real prospect of job loss.

“On the surface, the outlook is rough. However, there is some light at the end of the tunnel. Arguably retail is the sector most enhanced and disrupted by technology and the online revolution. For many retailers this has yielded opportunities to connect with new markets, engage with customers in fresh ways, revolutionise how they do business and change working practices. There is a bright future ahead for the British High Street if it can leverage innovative technology to ensure its survival.”

Stockport sets budget with council tax to rise by 3.5 per cent