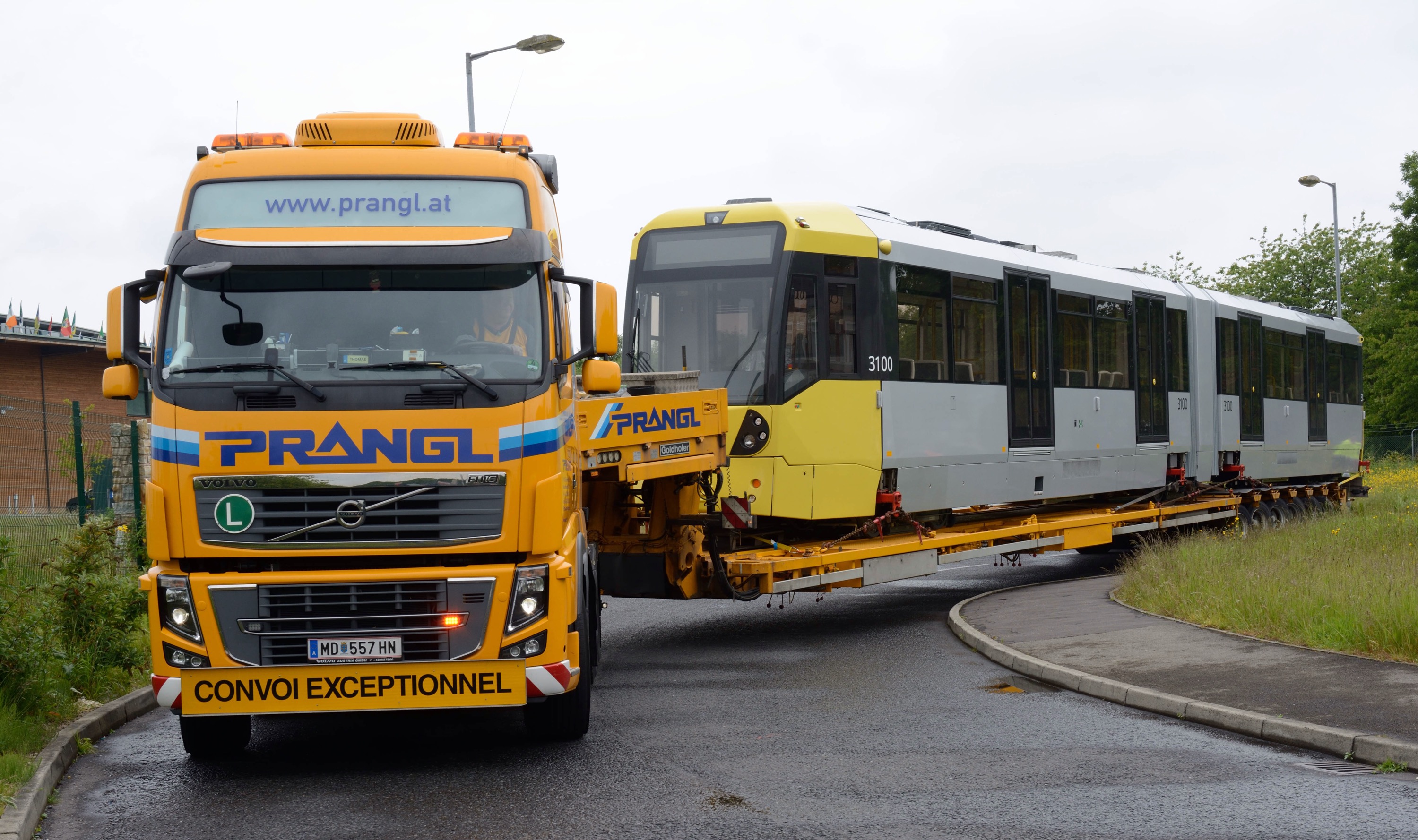 The brand new vehicle arrived in the early hours of Saturday morning after leaving the Vienna depot of global manufacturer Bombardier last Tuesday.

Travelling on the back of an articulated lorry, the tram travelled over 1,000 miles as it made its way through Germany, the Netherlands and Rotterdam before landing at the Port of Hull in the early hours of Saturday morning.

It’s five and a half years since the first new-style ‘M5000’ yellow and silver tram went into service on the Piccadilly to Eccles line on 16 December 2009 – and the Metrolink fleet has now grown to its largest ever size.

The hundredth tram – which will travel an average of 82,000 miles in its first year – will now be given a thorough check and kitted out with its Greater Manchester style livery before making its first run out on the system later this month.

Councillor Andrew Fender, Chair of the TfGM Committee said: “This is a real landmark for us and a sign of just how far Metrolink has come.

“We now have a completely modern fleet of 100 trams which are helping us deliver a frequent, reliable service that carried a staggering 31 million passenger journeys last year.

“I greatly look forward to seeing the new tram out and about across the network later this month – passengers should keep an eye out for tram 3100!”

Clampdown on Failsworth road being used as a dumping ground