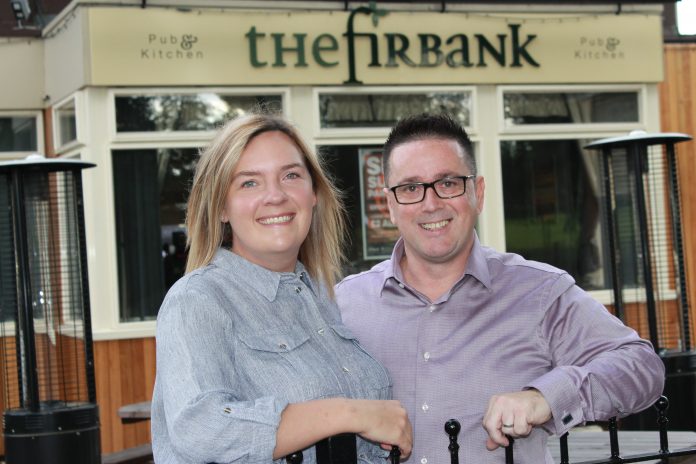 The Firbank Pub and Kitchen in Wythenshawe, has once again reached the national finals for the Great British Pub Awards, shortlisted along with just six other UK pubs for the Best Community Pub Award.

Run by husband and wife team, Simon and Rachael Delaney, this thriving local pub has gone from strength to strength in recent years with the couple working hard to firmly establish the Firbank as a community hub at the heart of its local area.

In 2016, the Delaney’s extensive efforts to reach out to all ages of their local community were acknowledged when the Firbank was awarded Best Community Pub at the prestigious Great British Pub Awards.

The judges commended the extensive work the couple have done with a wide range of community groups and local teams as well as the thousands of pounds raised each year for worthy causes. Further success followed later that year when the couple also collected the Pride of Manchester Award at Manchester City Council’s ‘Be Proud Awards.’

2017 has seen the Firbank team build further on their efforts to bring the local community together, resulting in the pub being shortlisted yet again by the judging panel. The Great British Pub Awards recognises industry excellence and celebrates the very best pubs in the UK. The judging process is rigorous with the panel of judges including industry experts, business journalists, industry body senior executives and pub guide editors.

Over the course of the year, Simon, Rachael and the team at The Firbank have continued to build and develop their offer of a great local pub experience with premium drinks and a delicious home cooked food menu, as well as continuing to run a calendar of popular and highly supported community events including theme nights, live DJs and comedy evenings.

Building on their strong local reputation, the Firbank has pioneered a partnership with Age Friendly Manchester to launch Age Friendly Wythenshawe, supporting a good quality of life for older people in the local area. The team also took immense pride in supporting Manchester Day 2017, participating in this year’s ‘Magic’ themed parade.

Commenting on the shortlisting, Simon Delaney of The Firbank Pub and Kitchen said:

“Winning the Award for Best Community Pub in 2016 was fantastic, but to be shortlisted again this year is a real testament to the team’s hard work.

I am passionate about the community of Wythenshawe and we want the Firbank Pub and Kitchen to not only be a great and thriving local pub, but a real hub where all ages can gather together and be guaranteed a great social experience, just a short walk from their doorstep.