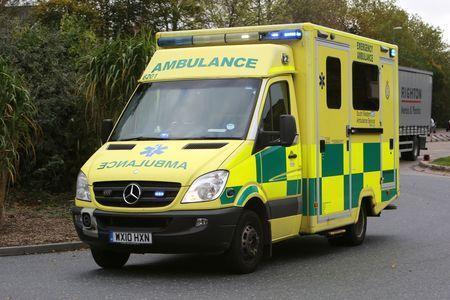 A woman has died and a man is fighting for his life after being hit by a car in Ashton-under-Lyne in the early hours of this morning.

A 31-year-old man was arrested at the scene on suspicion of causing death whilst driving without due care and attention. He remains in police custody for questioning and enquiries are ongoing.

A red Volkswagen Golf had collided with two pedestrians on Manchester Road near to Snipe Retail Park around 3.30 this morning

Emergency services attended and one of the pedestrians, a 27-year-old woman, was sadly pronounced dead at the scene. The second pedestrian, a 28-year-old man, was taken to hospital with life threatening injuries.

Police Inspector Danny Byrne, of GMP’s Serious Collision Investigation Unit, said: “This morning’s incident has had truly tragic consequences and we have specialist officers supporting the woman’s family as our enquiries continue.

“Our thoughts are also with the man and his family as he receives treatment in hospital and we’re appealing to any witnesses or anyone with any information or dash-cam footage to get in touch with us as soon as possible.

“Whilst we have a man in custody, our investigation is continuing and it’s incredibly important we establish the circumstances surrounding this collision. I’d urge anyone who thinks they might be able to assist us to call our team.”

Manchester Football Writing Festival Is Back!