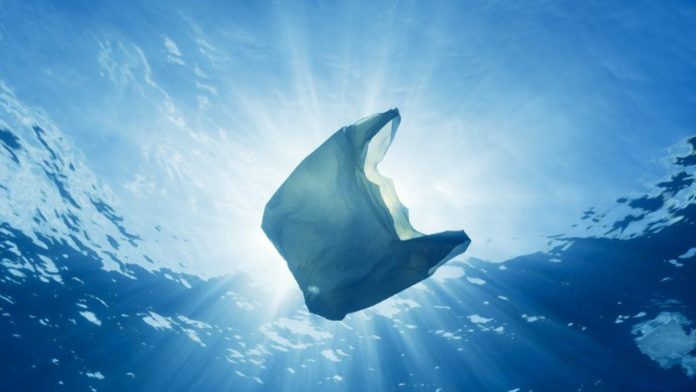 Just over a year on from David Attenborough’s infamous Blue Planet II episode, depicting the damage that single-use plastic is doing to the oceans, the majority of Brits (89%) say they are now aware of how harmful single-use plastic products are for the environment.

However, a staggering 53% admit they are not actually likely to change their single-use plastic habits.

New research from BRITA UK, which looked at sustainability issues from single-use plastic purchases to recycling, has found that the ‘Blue Planet effect’ and the increased media attention on the issue hasn’t actually resulted in behaviour change as we would have expected.

Reasons given by single-use plastic purchasing Brits include not being prepared or organised enough to regularly use reusable products (20%), forgetting about it (17%) or not feeling  that their actions will make a positive environmental difference (7%). In fact, a huge one in 10 (9%) actually admitted to not being bothered about the issue.

The survey of 2,000 adults shows that Brits spend a staggering £65 billion on single-use plastic items a year; 87% of respondents would consider swapping their single-use products for reusable alternatives if it would save them money. Saving money is clearly a key motivator for the public to switch to a more environmentally conscious behaviour.

In Greater Manchester,it is estimated that we spend £8.6m on single-use plastic on-the-go products a week,while 20% of people get a takeaway dinner 1-2 times a week

One in ten in Manchester get takeaway breakfast more than five times a week.and while 47% of people never buy bottled water in Manchester, 53% do.

BRITA UK has been working with The Dragonfly Initiative, a sustainability advisory firm, to identify the environmental damage of the nation’s single-use plastic purchases. It reveals that a shocking 17% of all the rubbish from UK beaches is single-use plastic from on-the-go food and drink, such as cups, bottles, cutlery, stirrers and sandwich packets which equates to 15% of the overall CO2 output of the UK.

Furthermore, the average Brits’ everyday food and drink habits result in nearly 150 kilograms (148,588g) of CO2 entering the atmosphere through the production of single-use products as well as over 37.5 kilograms (37523.2g) of packaging waste, two thirds of which will likely end up being incinerated or thrown into landfill.

Nearly six million (5,989,030) people are buying convenience breakfast on-the-go almost four times a week. These four breakfasts emit 746.8g of CO2 per person, which equals 4,469 tonnes of CO2 a year for the six million consumers. This is the same as a Boeing 747 aircraft flying continuously for six days. As well as the harmful environmental impact of the emission, this habit is also burning a hole in people’s pockets, costing each person an average of £1,157 a year.

Convenience purchasers on average buy 7.6 takeaway drinks in disposable cups a week, costing £1,097.20 a year. This weekly habit emits 828.4g  of CO2 per person, and with 27 million cups being bought every week, this equates to the same amount of CO2 as a medium-sized car driving non-stop for 78 days.

For context, the production of one single-use plastic water bottle emits 31g of CO2 and requires the same amount of energy as powering a 13W lightbulb for 2.4 hours straight. With 1 million consumers regularly buying 5 million bottles a week, this is the same as a 13W lightbulb being lit for 1,300 years straight. Additionally, three times as much water is needed to produce a 500ml bottle than it can actually hold.

It’s not every Brit but actually a few repeat buyers that cause the most damage. Over half (51%) of Brits never buy takeaway drinks in a disposable cup, 42% never buy single-use plastic bottled water and 43% don’t eat takeaway food. It is those habitual users, who regularly purchase convenience single-use plastic items, whose actions are having the biggest impact both on the environment and their own wallets.

A simple switch to reusable products, such as reusable water bottles, jugs at home, coffee cups and food containers would help prevent small, unidentifiable fragments of plastic from single-use products entering the sea which are often mistaken for food by fish and birds. Furthermore, the habitual users could not only reduce their single-use plastic waste and CO2 emissions but also make significant financial savings.

It’s not just purchasing single-use plastic that’s the problem, as when it comes to recycling, Brits are still at sea. Only one fifth (18%) admitted being confused by recyclable items, yet when questioned on the kerbside recyclability of particular items, nine out of ten (94%) answered incorrectly.

Non-recyclable products that baffled Brits the most were single-use plastic cups, with 55% thinking they can be recycled, plastic wine “glasses” (52%), plastic bags (45%) and post-it notes (41%). Surprisingly, nearly a third (31%) of people also thought that plastic straws were recyclable.

On a more positive note over a third (37%) of Brits have also claimed that they have taken something out of the bin which some else has put in, so it can be recycled. One in seven (14%) have even argued with someone because they saw them throw something recyclable in the normal bin.

Sarah Taylor, Managing Director of BRITA UK, said: “Despite the increased media attention and pressure, people are still using far too many single-use plastic products. If the environment is not a motivator, maybe the potential savings will prompt Brits to change their habits.

“Interestingly, the research shows that 61% of bottled water is bought to drink at home, which could be because it simply tastes better. A simple switch in this case would be to buy a water filter jug, which would give them access to great tasting water at all times, as well as helping them save money and the environment.

“With our research, we wanted to shine a light on the harmful effect of takeaway purchases on the environment, and showcase the financial benefits of small, more sustainable swaps. We want to encourage the nation to #SwapForGood and choose reusable alternatives and products that last, saving the environment and pockets at the same time.”

Assheton Carter, CEO, The Dragonfly Initiative, said: “Single-use plastics from our everyday purchases are useful to us for just a few minutes. Then we throw them away and don’t think about it again – but they don’t just magically disappear. Take a moment to consider that 700 years later they will still be decomposing and polluting the environment. In part the environmental legacy we leave to future generations will be determined by whether we choose to replace convenience purchases with more conscious consumerism. Through this research Brita has highlighted the impacts of our personal choices, for better or for worse.”

Climate change may have driven the emergence of SARS-CoV-2