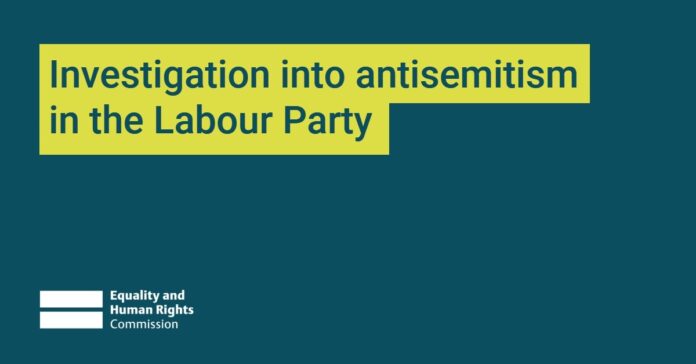 Labour leader Keir Starmer has apologised for his party’s failure to deal with anti-semitism in its ranks and has suspended its previous leader Jeremy Corbyn after an official report said it was responsible for unlawful harassment and discrimination.

The Equality and Human Rights Commission (EHRC) found serious failings in the party’s leadership in addressing anti-Semitism, and an inadequate process for handling complaints, after launching an investigation into allegations made under the previous leadership of Jeremy Corbyn.

“It is a day of shame for the Labour Party. We have failed Jewish people… I am truly sorry for all the pain and grief that has been caused,” said Starmer adding

On behalf of the Labour Party: I am truly sorry for all the pain and grief that has been caused.To Jewish people, our Jewish members, our long-standing Jewish affiliate, JLM.To the people driven out of our Party, the Jewish Members driven out of Parliament, including Louise Ellman and Luciana Berger.And to the members of Labour Party staff who spoke out, I want to say this: I know how hard these last few years have been for you.“

“How painful today will be and how hard you have had to fight to have your voices heard.“

A Labour spokesman said: “In light of his comments made today and his failure to retract them subsequently, the Labour Party has suspended Jeremy Corbyn pending investigation. He has also had the whip removed from the Parliamentary Labour Party.”

The EHRC said the Labour Party was responsible for three breaches of the Equality Act: political interference in anti-Semitism complaints; failure to provide proper training to handle the complaints and harassment.

“This is inexcusable and appeared to be a result of a lack of willingness to tackle anti-Semitism rather than an inability to do so,” Caroline Waters, interim chair of the EHRC, said.

Jeremy Corbyn has responded to his suspension with this statement

“I will strongly contest the political intervention to suspend me. I’ve made absolutely clear those who deny there has been an antisemitism problem in the Labour Party are wrong.I will continue to support a zero tolerance policy towards all forms of racism.“