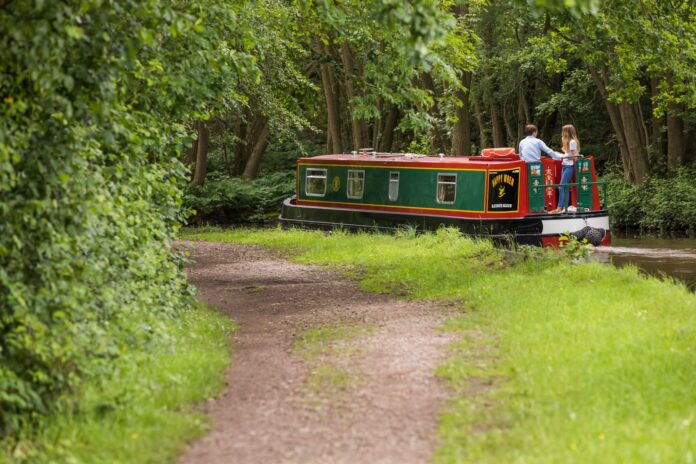 The list of the ‘Seven Wonders of the Waterways’ was compiled 66 years ago by Robert Aickman, co-founder of the Inland Waterways Association.  These amazing structures are still functioning today and make great destinations for canal boat holiday-makers.

Here’s a list of the Seven, with the nearest Drifters narrow boat hire bases:

2) The Anderton Boat Lift – also known as ‘The Cathedral of the Canals’ this extraordinary structure raises boats 15 metres from the River Weaver to the Trent & Mersey Canal.  Designed by Edwin Clark and opened in 1875, it consists of two caissons, each large enough to take a barge, or pair of narrowboats.  In 1983 problems with the mechanism caused the lift to close but after a Heritage Lottery Funded restoration, it reopened in 2002.  Drifters has a narrowboat hire base on the Trent & Mersey Canal at Anderton, right next to the Lift.

3) The Caen Hill Flight – with 16 of its 29 locks falling in a straight line, the Caen Hill flight of locks on the Kennet & Avon Canal at Devizes in Wiltshire is visually the most impressive in the country.  The locks were the final link in the Kennet & Avon Canal’s construction, opening in 1810.  By 1950 they had become derelict, but after a major restoration effort, they were reopened HM The Queen in 1990.  Drifters’ canal boat hire base at Devizes is at the base of the flight.

4) The Bingley Five-Rise Locks – completed in 1774, this spectacular staircase of locks on the Leeds & Liverpool Canal 17 miles from Leeds, raises (or lowers) boats 18 metres in five cavernous chambers.  The locks open directly from one to another, with the top gate of one forming the bottom gate of the next.  Drifters’ nearest narrow boat hire base is 25 miles away on the Leeds & Liverpool Canal at Barnoldswick.  With 15 locks to pass through along the way, the journey to Bingley takes around 14 hours.

5) The Standedge Tunnel – tunnelling for over three miles beneath the Pennines, this incredible feat of 18 and 19th century engineering is the longest, highest and deepest tunnel on the canal system.  Cutting through solid rock, it took the navvies 16 years to build and opened in 1811.  In the 20th century, the Huddersfield Canal fell into disrepair, becoming un-navigable by 1948, but after a long restoration programme, both the canal and tunnel were reopened in 2001.  Today narrow boat holiday-makers need to book their passage though with a Canal & River Trust chaperone.  Drifters’ nearest base is at Sowerby Bridge, on the junction of the Calder & Hebble Navigation and Rochdale Canal, is 20 miles and 65 locks away. The journey to Standedge takes around 21 hours (three days).

6) Barton Swing Aqueduct – originally built in 1761 by James Brindley to take the Bridgewater Canal across the River Irwell, the Barton Aqueduct was considered a marvel at the time of its opening.  But when the Manchester Ship Canal company decided to use the course of the Irwell at Barton as part of its navigation channel, Brindley’s Aqueduct was replaced by the Barton Swing Aqueduct in 1893.  The 1,450 tonne, 100-metre long aqueduct swings open, full of water, to allow the passage of ships along the Manchester Ship Canal.  Drifters’ nearest base is at Acton Bridge, on the Trent & Mersey Canal near Northwich in Cheshire. From there, it takes around nine hours, travelling 26 miles and through just one lock, to reach the Barton Swing Aqueduct.

7) The Burnley Embankment – also known as ‘The Straight Mile’, the mile-long Burnley Embankment carries the Leeds & Liverpool Canal over 18 metres high across part of the town, offering boaters breath-taking panoramic views of the town and surrounding countryside.  Though costly and difficult to build, the Burnley Embankment, which spans the Calder Valley, avoided the need for a series of locks which would have slowed cargo-carrying boats down. Designed by Robert Whitworth, the embankment was built between 1796 and 1801 and involved the mammoth task of transporting (by horse and cart) around half a million tons of earth from the nearby canal cutting at Whittlefield and tunnel at Gannow.  Drifters’ narrowboat hire base at Barnoldswick is just 11 miles away from Burnley.  There are seven locks to pass through and it takes around five hours.

For more information about visiting the canal network click here. 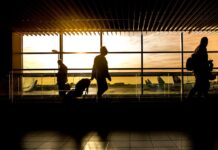 EasyJet to operate Winter flights to Tenerife from Liverpool