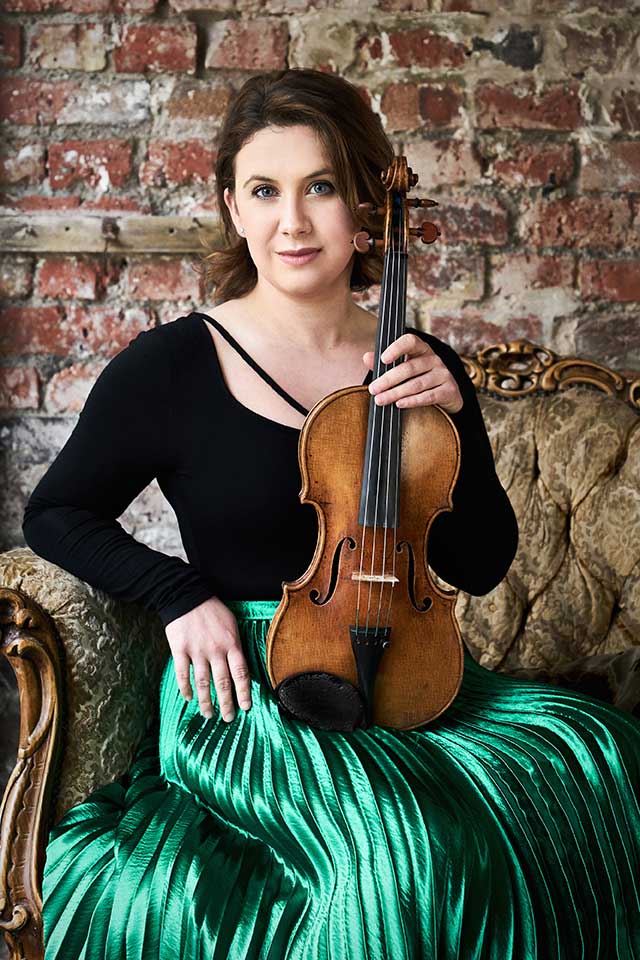 Prodigiously talented, Hanslip played for the great Yehudi Menuhin at aged 5, signed her first record contract aged 13 and made her BBC Proms debut in 2002 at the age of 14, and has played at major venues in the UK and internationally.

She directs the NCO in a concert that includes Elgar’s Serenade for Strings, as well as performing as soloist in Shostakovich’s Sonata for violin, strings and percussion. The Manchester concert will be recorded by BBC Radio 3 for broadcast in their Manchester Week during January 2022, a first for the NCO.

Speaking previously about her involvement as Artist in Association at the NCO, Hanslip said “Performing with NCO is always such a joy – not only are they great musicians but also great people. Every concert is full of vibrant conversation and spontaneity.”

In the coming months, the Northern Chamber Orchestra is joined by other stellar guest soloists including guitarist Craig Ogden, cellist Raphael Wallfisch and principal horn of the BBC Philharmonic, Ben Hulme. Artistic Director of the NCO, Nicholas Ward, said “We are presenting this season as an expression of hope – that once again people will gather together to hear live performances of great music played by excellent musicians and some great soloists.”

The tradition of keeping mementos in memory of loved ones dates back at least...

Dancing the night away-Multi-restaurant dinner and party raises over £527,000 for Tim Bacon Foundation...