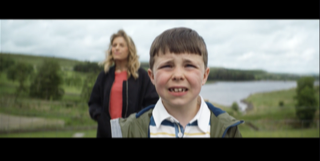 North West water company, United Utilities has for the first time created a brand TV commercial to educate people about the water cycle and the work it does.

Created by Manchester-based creative agency Cheetham Bell, United Utilities’ ‘more than just great water’ 30 sec TV ad airs for the first time on 17th June and will run for six weeks on ITV Granada and VOD. It was produced in partnership with The Gate Films.

The brand TV ad is part of a multi-channel awareness campaign being implemented by the Manchester office of United Utilities’ media agency partner MediaCom North across the six-week timeframe. Two tactical campaigns encouraging users to save water and understand what not to flush or pour down sinks (the creative for which has also been produced by Cheetham Bell) are simultaneously running across radio, press and outdoor.

Both Cheetham Bell and MediaCom Manchester are part of the MediaCom North Group headquartered in Manchester.

“Our previous campaigns for them – including the Granada Weather indents – have always been tactical in their messaging. But this campaign was designed to convey United Utilities’ passion for water conservation, its work supporting the local community and the breath of services that go into supplying its customers with clean water.”

Jim Spencer – Head of Brand at United Utilities says “In lots of recent customer research, they have told us they still don’t know enough about what we do or what they are paying for. This is a great opportunity to tell people of the North West about the great things United Utilities are doing. Mediacom and Cheetham Bell work together closely to make sure the creative and media approach are streamlined, integrated and effective.”

Leaders make landmark pledge to end deforestation by 2030 at COP26