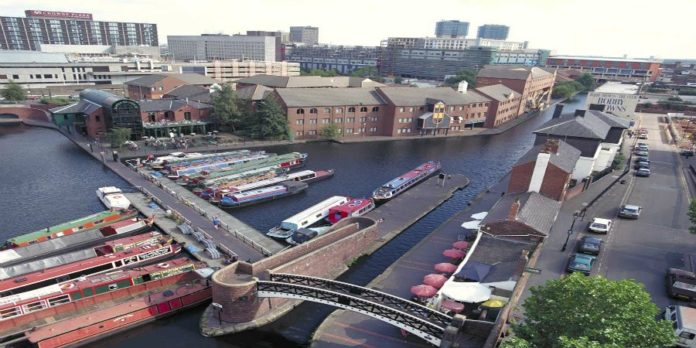 Cruising rings are popular with UK canal boat holiday-makers because they offer journeys along different waterways, take in a wide variety of landscapes and bring boaters back to their hire base without having to travel the same way twice.

Some are seriously challenging, with steep flights of locks and long dark tunnels to negotiate, while others are easier and more suitable for narrowboat holiday beginners. All offer a wonderful break from the hustle and bustle of 21st century living, and a chance to chill out and slow right down.

Anglo Welsh, one of the largest canal boat rental companies in the UK which has been sending holiday makers safely down Britain’s waterways for over 50 years, has published its ‘Top 10 Canal Cruising Ring holidays’:

**Perfect for a week away:

2.      The Four Counties Ring (110 miles, 94 locks, 55 hours)
Cruise through the 2670-metre long Harecastle Tunnel and scale the flight of 15 locks at Audlem. Enjoy views of the rolling Cheshire Plains, and visit Wedgewood Pottery, the Roman town of Middlewich, the National Trust’s Shugborough Hall and the Elizabethan Churche’s Mansion.
This popular cruising ring takes canal boat holiday-makers through the counties of Staffordshire, the West Midlands, Cheshire and Shropshire and hire boaters can choose to start from three of Anglo Welsh’s bases: Great Haywood on the Trent & Mersey Canal in Staffordshire; Bunbury on the Shropshire Union Canal in Cheshire; and Whixall on the Prees Branch of the Llangollen Canal in Shropshire.

3.      The Cheshire Ring  (97 miles, 92 locks, 55 hours)
Boaters will love the incredible Anderton Boat Lift (one of the Seven Wonders of the Waterways), stunning views from the Top Lock at Marple on the Peak Forest Canal, as well as historic tourist attractions on route, such as Dunham Massey Hall and its working Elizabethan Mill and Manchester’s China Town.
This route runs through the heart of Manchester and the Peak District via the Ashton, Macclesfield, Peak Forest, Rochdale, Trent & Mersey and Bridgewater canals. Boaters can connect to the Cheshire Ring from Anglo Welsh’s base at on the Shropshire Union Canal at Bunbury.

4.      Stourport Ring (84 miles, 114 locks, 56 hours)
Boaters ready to take on the dramatic flight of 30 locks at Tardebigge, the longest in the country, will love this ring. It also offers beautiful countryside views on the River Severn, the opportunity to visit Brindleyplace in central Birmingham, Kinver with its National Trust rock houses and the City of Worcester with its magnificent cathedral.
Starting from Anglo Welsh’s Tardebigge boat yard, this ring takes in Gas Street Basin in Birmingham, the Stourport Basins, and sections of the Staffordshire & Worcestershire Canal, Worcester & Birmingham Canal Navigation, the River Severn, Birmingham Canal Main Line and Stourbridge canals.

5.      The Warwickshire Ring (104 miles, 121 locks, 56 hours)
Highlights include the flight of 11 locks into Atherstone, the pretty canal village of Braunston, the Newbold and Shrewley tunnels, the awesome flight of 21 locks at Hatton, Warwick Castle and Birmingham’s Gas Street Basin.
This popular ring cruises sections of the Grand Union, Oxford, Coventry and Birmingham & Fazeley canals and can be reached from Anglo Welsh’s canal boat rental base on the Grand Union Canal at Stockton.

**Ideal for a mini-break:

6.      The Droitwich Ring (20 miles, 33 locks, 16 hours)
Perfect for a short break, this ring travels the full length of the Droitwich canals and sections of the River Severn and the Worcester & Birmingham Canal. It passes through the pretty spa town of Droitwich, the beautiful city of Worcester and the scenic flight of locks at Hanbury.
Boaters can pick this up on a four-night mid-week break from Anglo Welsh’s canal boat hire base at Tardebigge.  From there it will take 30 hours to cruise round the ring, passing through 117 locks, including the flight of 30 at Tardebigge.

7.      The Birmingham Mini-Ring (45 miles, 49 locks, 27 hours)
Kids will love to stop-off at Bourneville to visit Cadbury World on this popular shorter ring, which also takes in Gas Street Basin in central Birmingham and the flight of 13 locks at Farmers Bridge.
The route takes holiday-makers along sections of the Worcester & Birmingham, Birmingham Main Line and Grand Union canals, and can easily be reached from the Anglo Welsh base at Tardebigge or Wootton Wawen.

**Great for a two-week break:

8.      The Avon Ring (109 miles, 131 locks, 58 hours)
Take in Shakespeare’s Stratford, the River Avon with its panoramic views, historic Evesham, Tewskesbury, Worcester and the two-and-a-quarter mile long flight of 30 locks at Tardebigge.
This journey navigates sections of the Stratford Canal, River Avon, River Severn and Worcester & Birmingham Canal, and can be accessed from Anglo Welsh’s canal boat hire bases at Tardebigge or Wootton Wawen.

9.      The East Midlands Ring (154 miles, 107 locks, 84 hours)
This epic route, also known as the Leicester Ring, takes in Saddlington Tunnel, the Foxton Staircase, the pretty canal village of Stoke Bruerne with its Canal Museum, Blisworth Tunnel, the 11 locks at Atherstone, the City of Coventry and the village of Shardlow.
It travels sections of the Birmingham & Fazeley, Coventry, Oxford, Trent & Mersey and Grand Union canals, as well as the rivers Soar and Trent.  Canal boat hirers can connect to this circuit from Anglo Welsh’s narrowboat rental base on the Grand Union Canal at Stockton.

**Perfect for a three-week holiday:

10.     The Outer Pennine Ring (192 miles, 248 locks, 130 hours)
Experienced boaters ready for a serious challenge will love this epic canal journey which crosses the Pennines twice and travels through Britain’s longest canal tunnel, the Standedge Tunnel, cutting three-and-a-quarter miles through the Pennines.  Other highlights include: dramatic Pennine views; Manchester City Centre; Bingley Five Rise locks (another of the Seven Wonders of the Waterways); Leeds Waterfront; and Skipton with its medieval castle.
The route takes in sections of the Calder & Hebble Navigation, the Huddersfield Narrow, Ashton, Rochdale, Bridgewater and Leeds & Liverpool canals, as well as the Aire & Calder Navigation with electric locks.  This testing circuit can be tackled from Anglo Welsh’s base on the Leeds & Liverpool Canal at Silsden.

Anglo Welsh offers over 160 canal boats for hire from 11 bases across England and Wales, with accommodation for between two and 12 people.  Hirers are provided with life jackets on request and boat steering tuition as part of all its packages. 2019 boat hire prices start at £495 for a short break (three or four nights) on a boat for four people, £705 for a week. 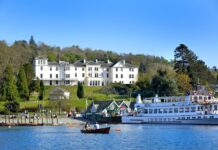 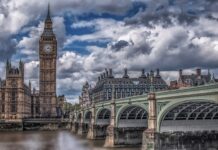 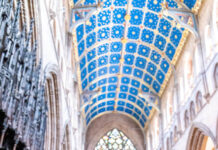 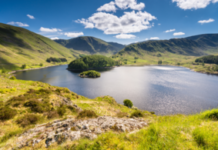