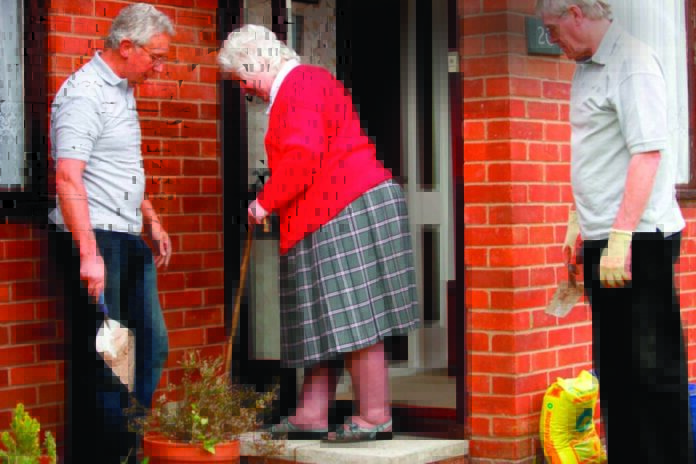 The plans commit the Government to £300m over three years to help councils increase the range of supported housing options which allow people to live more independently, ££150m to drive the greater adoption of technology, as well as details of £500m for workforce development, primarily through training and qualifications.

Plans were also announced for a new national social care website and money for modifications to people’s homes to help them stay in them longer. technology, as well as details of £500m for workforce development, primarily through training and qualifications.

The lives of millions of people will be improved by our plans for social care supported by significant investment for system reform to deliver the person centred care we need.

We promised to come forward with proposals to improve social care and that is exactly what we are doing.

Our fantastic care staff, people who receive care and their families deserve a care system which works for them and these plans are the next step in helping make it a reality.

In the Commons Hunt complained that it would not stop ‘hospital wards continuing to be full of people who should be discharged’ while Labour frontbencher Liz Kendall asked ‘really? Is that it?’

“Britain needs high-quality care and high-quality employment for those providing it. But the biggest problem for both care users and the burnt-out workforce is the staffing crisis caused by a generation of under-funding, fragmentation and privatisation.

“A credible plan for social care must transform the pay and conditions of the workforce. But the white paper fails to do that. And it has no answers for care workers who want to know when they will get a secure contract and a living wage.

“The health minister said private sector provision is the obstacle to professionalising care work. The answer is staring her in the face – we need a publicly owned and run national care service. That way every penny will go into improving services and working conditions, instead of private profits.”

“More than 800 days since Boris Johnson promised a plan to fix social care, this white paper barely scratches the surface. It does nothing to address the fundamental problems of a sector on the brink.

“There’s no solution to pressing staff shortages or poverty pay for care workers. Nor does it tackle the money leaking out of care into the pockets of wealthy shareholders or make the system easier to navigate.

“Care workers and the people they look after will feel furious and insulted. They need a far-reaching overhaul.

“Voices across the sector were united in calling for major reform and offering to work with ministers to deliver it. But the government has ignored unions, employers, care charities and all the others saying a bold, ambitious plan is needed.

“There are some elements of this package we welcome but tinkering around the edges of a fundamentally broken system is nowhere near enough. The government must get its act together on social care reform, and quickly.”