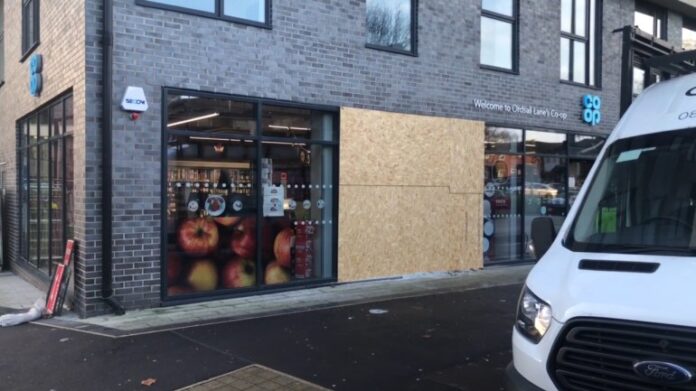 Three men wearing face coverings had attempted to steal a cash machine from the Co-op store on Ordsall Lane on Friday causing damage to the shop front.

The offenders are then believed to have fled the scene with money from the cash machine in a blue Jeep Cherokee.

No injuries have been reported.

No arrests have been made and enquiries remain ongoing.

Police Constable Christopher Hatton of GMP’s Salford Division, said: “Thankfully no injuries have been reported to us but this was a brazen attack in which these men have made off with money leaving considerable damage behind.

“We want to take this opportunity to appeal to anyone who may have been in the area at the time, or have dash-cam footage of the robbery or anyone acting suspiciously in the area. We are particularly keen to speak with anyone who may have information on the vehicle used during the incident or know the direction in which they fled.”