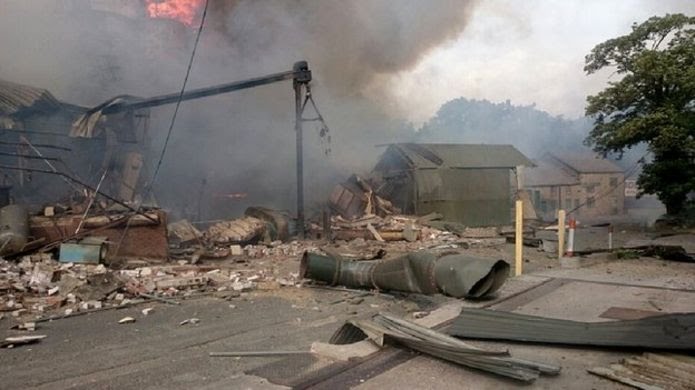 A company has been charged with corporate manslaughter following an investigation into the deaths of three men and a woman in an explosion at a mill in Bosley.

Wood Treatment Limited, at Wood Flour Mills in Tunstall Road, is facing four charges of corporate manslaughter and one charge under the Health and Safety at Work Act.

Four people died in July 2015 when an explosion destroyed a four-storey building and large fires broke out at the mill on Tunstall Road and left a number of other employees injured.

Representatives from the company have also been charged.

George Boden, 64, from Stockport, was charged with four counts of manslaughter by gross negligence and one charge under the Health and Safety at Work Act.

Phillip Smith, 58, from Macclesfield, was charged under the Health and Safety at Work Act along with Peter Shingler, 56, from Bosley.

They will appear before Stockport Magistrates′ Court on 2 December 2019.