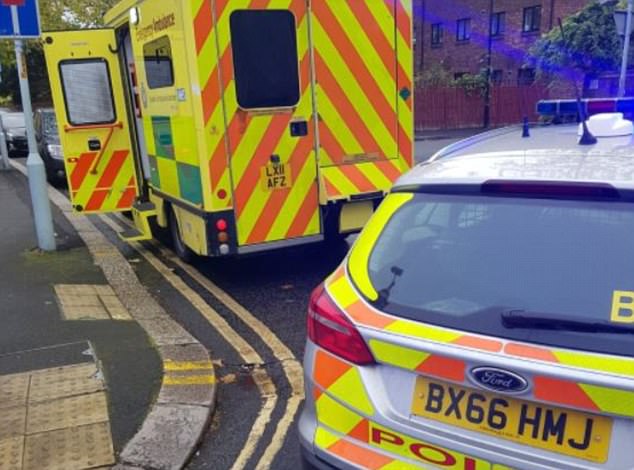 March 2019 has seen three incidents where youths throwing stones at emergency ambulances has caused disruption and North West Ambulance Service is appealing to them to stop before someone is seriously hurt.

On 10 March, an ambulance was taken off the road after a bottle was thrown while it was en route to an emergency – the side window shattered covering the interior with broken glass, luckily there was no patient on board and no-one was hurt. The incident, which happened at 9.20pm on the A6 in Stockport was reported to the police. The ambulance had to be taken off the road and a second vehicle was sent to the patient.

A fortnight later, the trust was shocked to learn that in West Derby, Liverpool, stones had been thrown at an ambulance carrying a sick child. The incident happened at 11.20pm and the stone went through an open window hitting the technician on the head while he was driving on blue lights. Bravely, he continued on his way to hospital where he was treated for a minor graze before being sent home, having to cut short his shift.

Only four days later on 27 March, a group of youths threw stones at an ambulance on the  A095 in Preston, Lancashire. The ambulance was travelling on blue lights to a patient in a life-threatening condition and thankfully the damage was limited to a chip in the windscreen. Despite being a minor incident, this kind of vandalism is turning into a dangerous trend which could have severe consequences for NWAS staff or patients.

Director of Operations, Ged Blezard comments: “I was absolutely lost for words when I heard of these incidents, particularly the case in Liverpool. Had this member of staff been hit harder or in the eye, we could have been dealing with a serious incident and possibly even the death of him, his colleague or the young child we were treating.

“I would like to ask those throwing the stones at ambulances – how can you be sure that ambulance isn’t travelling to save the life of someone you care about? How do you know that your mum, dad, grandparent or sibling isn’t in a life threatening situation and waiting desperately for that ambulance to arrive? You are delaying critical help to our patients, you are risking the lives of our staff and our patients. If the stone throwing results in serious injury or at worse, a death, you could find yourself in serious trouble and facing a lengthy prison sentence.”

In November last year, the trust launched a campaign highlighting the growing problem of violence and aggression towards ambulance staff. Using the hashtag #GetBehind999, the trust opened an online pledge where people could show their support to end violence towards ambulance staff and businesses could receive posters to display in their premises. The pledge is still open to signatures through http://www.nwas.nhs.uk/stop-abuse

NWAS staff have reported more than 730 cases of physical or verbal assaults in the last 12 months and this spate of stone throwing adds a worrying dimension to what they already face when out trying to help the community.

Ged adds, “The safety of our staff and patients is always our priority. When a patient is ill and being treated in the back of an ambulance, the prospect of missiles coming in through the window should not be something they have to worry about. We will always work with the police to push for the full extent of the law to be applied to those who think it is amusing to do this.

“We urgently appeal to these people – stop now before you really hurt someone. Think about who may be in that ambulance or who that ambulance is going to.”