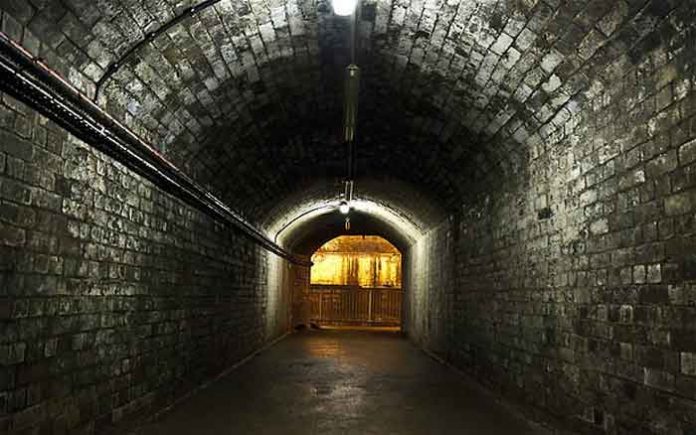 Welcome to Halloween, the traditional last day of October which sees supermarket shelves bulging with large pumpkins and scary costumes and kids playing trick and treat.

The custom of course goes back much further into the mists of time, its origins considered to be the end of the summer season, marking the end of the harvest and was widely believed to be the time when the souls of the dead came back to visit their homes and families.

Its roots was the pagan Celtic festival related to the Irish and Scottish festival of Samhain and the Christian festival of All Saints’ Day when prayers are offered for the souls of the dead.

Pope Boniface IV had established the holiday of All Saints Day in the seventh century and as with many festivals what we have today combines the Pagan with a Christian one. Thus, the Festival of Samhain, a Pagan celebration, turned into a day to commemorate the lives of Christian Saints, and by the end of the Middle Ages the two days had combined.

As for the origin of trick and treating, it could well be a modern take of a practice known as soul cakes when people used to go around to each other’s houses and beg for the cakes so they could pray for the giver’s dead ancestors.

‘Souling’ was a Cheshire tradition. The Souling play was intended to protect communities against outsiders and dark spirits.

All varieties feature the hero slaying an opponent who is later revived by the quack doctor, with the subsequent appearance of various other strange characters often including Beelzebub.

The characters and scripts of the old plays vary considerably from place to place.

They were fairly widespread until the early twentieth century, died out but were revived in the twenty first century with the best-known ones are performed around Halton, Antrobus, Comberbach, Warburton and Chester.

While Manchester itself has no real original Halloween tradition, it does have its fair share of spooky goings on.

The Old Bootle Street Police Station was said to be haunted. Footsteps have been heard by officers on the nightshift and an old timecard machine occasionally clangs as people walk past. A former female prisoner was said to haunt the corridor outside her cell.

Across the road the ghost of a former Methodist preacher was caused trouble behind the bar of the Albert Hall when it was known as Branigans while other staff say that the force has tried to push them down staircases within the building.

Around Fairfield Railway station in Audenshaw, an old-looking green train several carriages long would appear around sunset and disappears if anyone moves too close. A tunnel that has been filled in is said to be home to a disembodied voice that calls out the name Mary.

Many stories have been associated with the Cathedral and its environs.Chetham’s infamous John Dee’s mark of the devil, the result of the man’s summoning of the spirits.

In 1825, a dog was seen by a tradesman outside the cathedral, where it jumped up at him. The phantom creature was finally exorcised under the bridge over the Irwell and in the 1840’s a man spotted his sister Fanny standing in the nave of the building.

He was quite surprised, as he thought his sister to be many miles away. He called out to the woman, who started to walk but vanished suddenly. The following day, the man received word that Fanny had died in an accident, the timing of which matched his sighting of her in the cathedral.

In 2006, Wythenshawe public library was temporarily moved into an old bankers building while the original was being rebuilt. During the night shift with only two guards around, one of the internal downstairs phones rang and breathing and whimpering could be heard. When the night guards investigated, they found a handset off the hook upstairs but no-one else on site.

The corridors of Ordsall Hall are roamed by the ghost of the White Lady, thought to be at least by some, Queen Elizabeth I’s favourite Maid of Honour, Margaret Radclyffe, who died in 1599 from a broken heart following the death of her brother.

For others she was a bride-to-be, jilted at the altar at the once-adjacent St Cyprian’s Church. This grief stricken lass is reported to have climbed the stairs in the Great Hall and thrown herself off to her death.

Many woman experience barriers to physical activity during their period, Manchester research shows