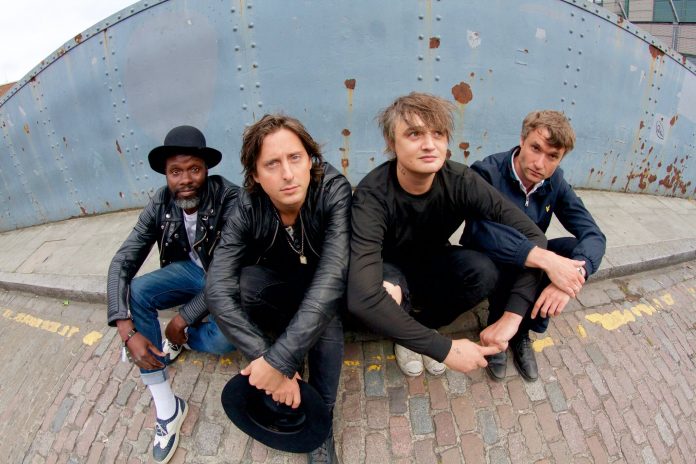 They are not coming to Manchester but if you fancy a trip to the seaside look no further.

The Libertines have announced the ‘…Tiddeley Om Pom Pom Tour’ of seven British Seaside towns commencing in Blackpool at the Empress Ballroom on 22nd September and culminating at Brighton – Centre on the 2nd of October.

The Libertines who released their highly anticipated third album ‘Anthems For Doomed Youth’ in September 2015 will be playing an autumn tour and will be checking into Blackpool.

In 2015 The Libertines headlined: The Reading & Leeds Festivals, T In The Park, along with festivals across Europe in France, Germany, Italy, Poland, Russia, Spain, Mexico, The Netherlands and Hong Kong. The Libertines embarked on their biggest UK tour to date in 2017 with seven arena shows finishing at the O2 in London on January 30th.

Peter Doherty released his latest solo album ‘Hamburg Demonstrations’ (December 2016). Carl Barât & The Jackals released the ‘Harder They Fall’ EP in May of this year. John Hassall & The April Rainers released their debut album ‘Wheels To Idyl’ (February). Gary Powell continues to tour the world as drummer with the Specials.

Carl Barât says “We’re looking for a home, one roof for the many splendoured trappings of Arcady, a factory, with a guest house, bar and studio. We do like to be beside the seaside and we hope to find that home on this tour… watch this space …

Tickets go on sale 9:00am Friday 16th June and are available from: http://www.thelibertines.com.

James and the Charlatans announce joint Arena date for December