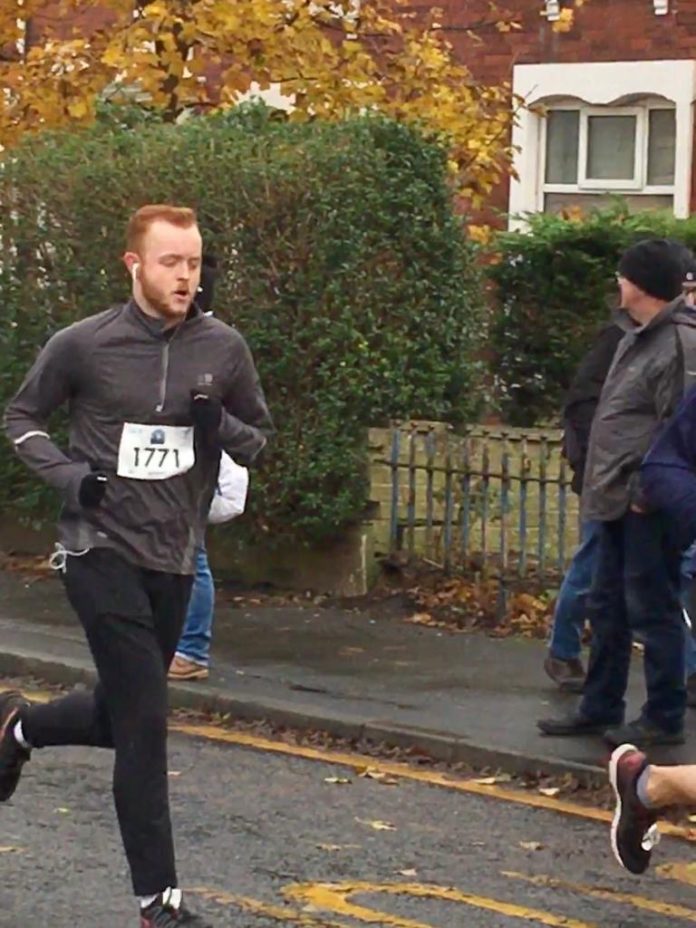 A student who received money from the British Red Cross after he was injured in the Westminster terror attack is running the Manchester Marathon to raise money for the charity.

In March 2017, history and politics student Travis Frain, from Darwen, was on a trip to London to visit Parliament when he was deliberately run over by a 4×4 on Westminster Bridge, leaving him with a fractured leg and hand, several broken fingers a torn ligament and a deep cut on his thigh.

Travis, who was a 19-year-old student at Edgehill University at the time of the attack, received a grant from the British Red Cross UK Solidarity Fund which he used to pay for physiotherapy sessions to help him get back on his feet again.

Remembering the incident on Westminster Bridge which left four people dead, Travis said: “We had about half an hour of free time and me and four others broke off to get some fresh air. We were all hit by the car and I came off worst. We’re all very lucky to be here.”

It took Travis two years to recover from his injuries.

He says: “There are two reasons I’m running for the British Red Cross. One is that I have become a passionate campaigner for better support for people affected by terror attacks. The second is that I decided to set myself a challenge to get fit. I spent two years after the attack just sitting around and putting on weight and I got stuck in a rut. I’ve never been much into exercising and the only race I’ve done so far is a 10K.”

Kathryn Hoyle, senior community fundraiser for the British Red Cross in Greater Manchester, said: “We want to thank Travis for his incredible generosity. To come through what he has and tackle a marathon like this shows what a winner he is.”

The UK Solidarity Fund was set up in 2017 following attacks in London and Manchester.

It supports people who have been injured, bereaved or traumatised by terror attacks in the UK, helping to alleviate immediate suffering and ensure that victims and their families do not face short-term financial difficulties.

Bromley’s staff choose Trussell Trust for charity of the year