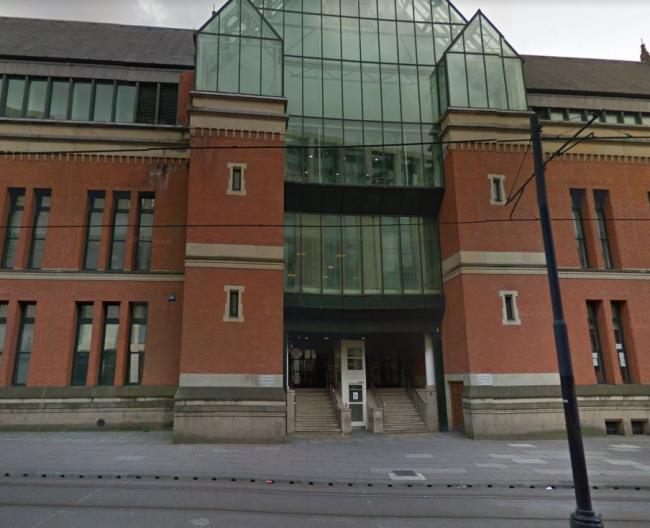 A 17-year-old boy has been jailed for three years after kidnapping and sexually assaulting a woman on Simonsway in Wythenshawe last October 2019.

The boy, aged 16 at the time of the incident and who cannot be named for legal reasons, previously pleaded guilty to sexual assault, kidnap and kidnap with intent to commit a sexual offence.

The teenager attacked the woman – aged in her 40s – while she was walking along Simonsway towards Wythenshawe Town Centre to get the bus home.

The boy approached her and pushed her into a wooded area nearby before dragging her by the legs further along the ground through the bushes.

He then strangled the woman and sexually assaulted her. The woman managed to break free after a frantic struggle and crawled back out of the wooded area and returned onto Simonsway.

As well as three years imprisonment, the boy also received a sexual offenders notification and a barring order from working with children or young persons.

Detective Constable Beth Coffey, of West Didsbury CID, said: “My heartfelt gratitude goes to the victim of this crime whose bravery and strength has ensured today’s conviction came to be.

“The DNA recovered after her bravery to fight off her attacker, and her strength in providing a detailed account on a video interview has ensured that the streets of South Manchester are a safer place.

“Today’s conviction of a dangerous sex offender comes after days and weeks of our dedicated team of detectives trawling meticulously through hours of CCTV footage in order to identify a suspect.

“This, coupled with the vital recovery of DNA evidence, contributed to a strong evidential case which resulted in a guilty plea and brought this offender to justice.

“This case demonstrated the extent that collaboration between forensic scientists, advanced interview advisors and a committed team of detectives go to secure a successful conviction when these shocking but thankfully rare incidents occur.”