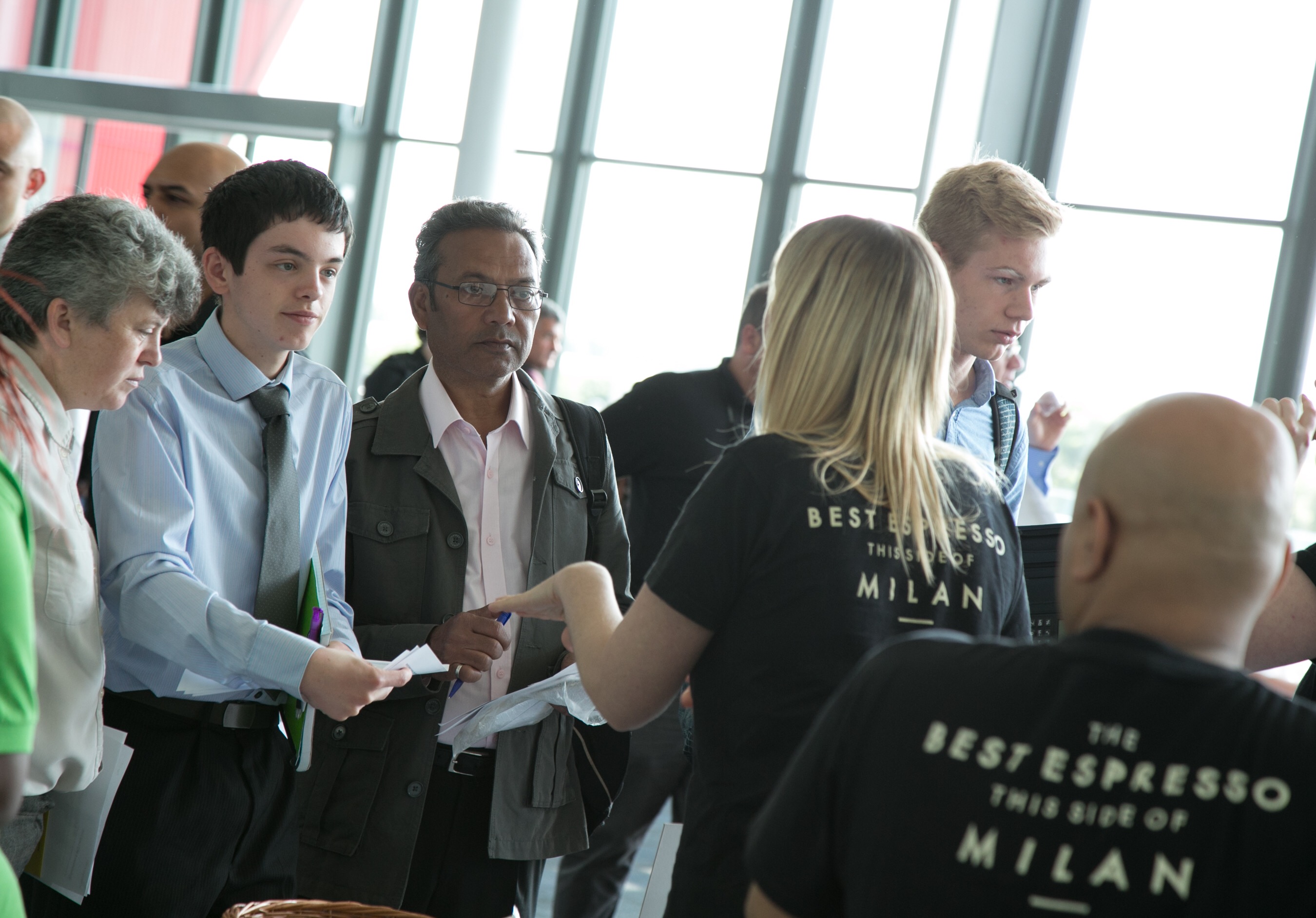 More than a thousand people attended a jobs fair hosted by Manchester Airport on Monday.
Held at Lancashire County Cricket Club’s The Point complex, job-seekers had the chance to put themselves forward for more than 500 jobs at the UK’s third largest airport.

As well as customer service and security roles with the airport, other employers looking for candidates were Caffè Nero, Swissport, SSP and Travelex. It was the second Manchester Airport jobs fair to take place in the last six months after 3,000 roles were filled in January.

All those who attended the event also got the chance to hear about Manchester Airport’s £1bn transformation programme, which will see a further 1,500 roles created over the next 10 years.

It will see the airport transformed – including terminal two more than doubling in size – as its gears up for yet more growth in the years to come.

Ken O’Toole, CEO at Manchester Airport, said: “The number of jobs being created as a result of Manchester Airport’s growth demonstrates the positive impact it has on the region. It was therefore extremely pleasing to see so many people turn out yesterday to access the jobs available on site, and to see people’s desire to want to work here.

“Manchester Airport not only plays a vital role in providing international connectivity for the region, it is also an economic provider and job creator. In the North West alone the airport makes an economic impact of £1.7bn. As we grow and increase upon our 23.5m annual passengers and 210 destinations, in turn employment and economic value will continue to grow.”

Opening the event, Coun Sean Anstee, leader of Trafford Council and Greater Manchester Combined Authority’s lead on employment and skills, said: “The airport is a key engine for growth, with more than 22,000 jobs on site and hundreds more being advertised here today, which is great news for Greater Manchester.”

Manchester Airport is already one of the largest centres of employment in the North West with more than 21,500 people directly employed on site, supporting a further 45,000 jobs in the region.

New faster rail to Liverpool promised from next month